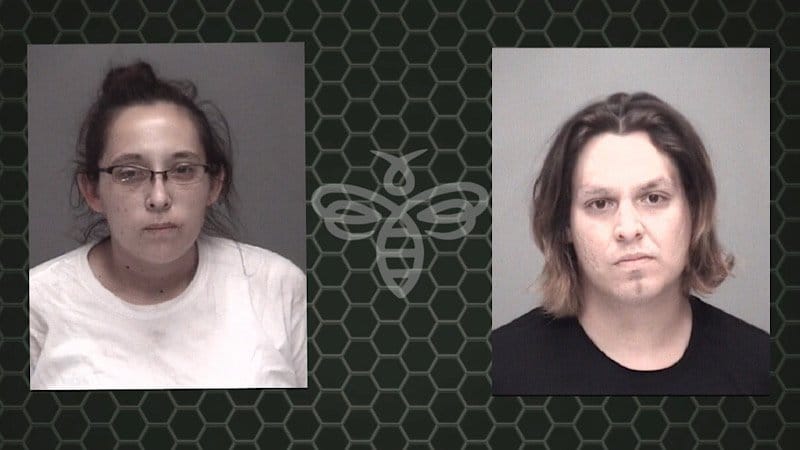 Lake Havasu City – Over the past several months, detectives from the Lake Havasu City Police Department’s Special Investigations Unit, which is part of the Mohave Area General Narcotics Enforcement Team (MAGNET) have been conducting an investigation into a female subject, identified as Summer Parkerson, selling large quantities of heroin and counterfeit pills throughout Lake Havasu City.

On November 2, 2020 at approximately 2:45 A.M. a traffic stop was conducted on Parkerson’s vehicle near the 1700 block of McCulloch Blvd S.   LHCPD’s K-9 Rocky was deployed and alerted on Parkerson’s vehicle.  During a search of the vehicle, detectives located approximately 14 grams of heroin, 44 counterfeit pills, a Xanax pill, drug paraphernalia, a counterfeit $100 bill and other items related to fraudulent schemes.

In a separate investigation, on November 1, 2020 at approximately 8:20 A.M., LHCPD officers responded to a welfare check at the intersection of Pauline Drive and Honeybear Drive after a report of a subject being passed out in the driver’s seat of a vehicle.

Upon officer’s arrival, a red passenger car was observed in the roadway.  The vehicle was running and a male subject, later identified as Caleb I. Vance, was found slumped over in the driver’s seat.  During the investigation, items of drug paraphernalia were observed in the vehicle.   Additionally, Vance was found to be in possession of 17 grams of methamphetamine, a small amount of heroin, baggies, a scale and a loaded firearm.

During his initial appearance, Vance was held on a $35,000 cash only bond and transferred to the custody of the Mohave County Sheriff’s Office.