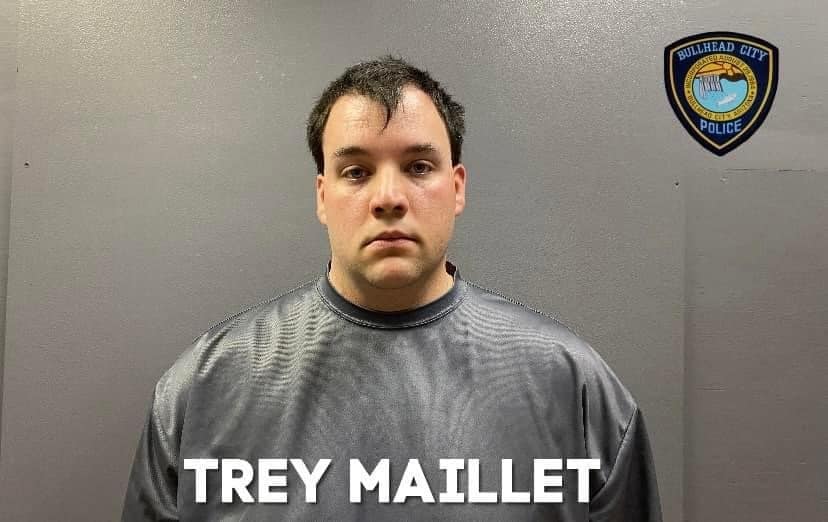 Earlier this month, the Bullhead City Police Department received information from the Internet Crimes Against Children Task Force (ICAC) of possible child pornography being uploaded and distributed. After further investigation, detectives traced the sexual offense to Maillet’s residence in the 1800 block of El Dorado Drive. Trey Maillet is currently a level two registered sex offender and on probation for a prior conviction of sexual exploitation of a minor.

This morning (5/19), detectives served a search warrant into Maillet’s home and seized computers and other electronic devices. He was arrested and booked into the Mohave County Jail in Kingman.