DRUG POSSESSION- FORT MOHAVE
Mohave County Sheriff’s Office Deputies arrested Trevor David Elder, 27 of Bullhead City, and Antonio Raymond Vallejos, 21 of Bullhead City. On Saturday (6/1) at approximately 8 PM, deputies were on patrol and observed a vehicle that was possibly involved in a previous theft case. The vehicle matched the description given from a gas theft that occurred the night prior. Deputies conducted a traffic stop in the area
of Calle Agrada Dr. and Paso Sur Dr. and made contact with the driver, identified as Elder, and the passenger, identified as Vallejos. Deputies immediately detected the odor of marijuana coming from the vehicle. A records check revealed an active arrest warrant and a suspended driver’s license for Elder. A pat search of Vallejos revealed two boxes of cannabis vaporization oils and marijuana. A search of the vehicle
revealed 8.3 grams of methamphetamine and a glass pipe. Trevor David Elder was arrested for felony Dangerous Drug Possession, misdemeanor Driving with a Suspended License and two active arrest warrants. Antonio Raymond Vallejos was arrested for Marijuana
Possession, Dangerous Drug Possession, and Drug Paraphernalia Possession, all felonies. Both subjects were booked into Mohave County Adult Detention Facility without incident. This investigation is ongoing. 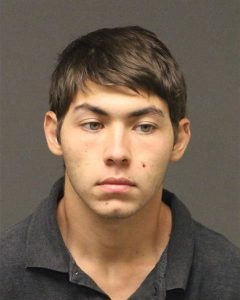 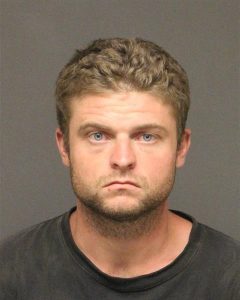 AGGRAVATED ASSAULT/ CRIMINAL DAMAGE- KINGMAN
Mohave County Sheriff’s Office Deputies arrested Amanda Lynnette Barr, 33 of Kingman, for Aggravated Assault with a Deadly Weapon, Aggravated Assault on an Officer, both felonies, and misdemeanor Criminal Damage. On Sunday (6/2) at approximately 11:20 AM, deputies responded to a disturbance call in the 3100 block of Northfield Ave. The reporting party advised that a female subject, later identified as Barr, was threatening to kill multiple neighbors with a knife. Deputies observed Barr, known to them from prior incidents, sitting on the porch of a nearby residence and Barr immediately began shouting obscenities at deputies. Barr appeared to have a broken glass jar in one hand and a knife sticking out of her waistband. Deputies advised Barr she needed to drop the item in her hand, and Barr attempted to run away from
deputies. A short foot pursuit ensued, and deputies were able to grab Barr and take her to the ground. Once on the ground, deputies struggled to gain control of Barr, who attempted several times to slash at the deputy in the face with the broken glass jar. A second deputy arrived on scene and together, they were able to place Barr in restraints. Barr continued to kick at deputies while being walked to a patrol vehicle. Barr continued to fight while being seen by medical personnel. Deputies contacted neighbors in the area, who all advised Barr had been in her yard screaming and yelling. When told by neighbors to quiet down, Barr would run at them with the knife and threaten to kill them. One neighbor advised he arrived home and found Barr inside his yard and found one of his windows had been broken. Amanda Lynette Barr was arrested and booked into Mohave County Adult Detention Facility without further incident. 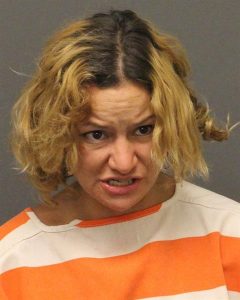 TRESPASSING- KINGMAN
Mohave County Sheriff’s Office Deputies arrested Diana David, 35 of Kingman, and Jared Shane Ley, 32 of Kingman. On Tuesday (6/4) at approximately 7:20 PM, deputies responded to a residence in the 4000 block of Pinal St. in reference to suspicious activity. The reporting party believed there were squatters inside a vacant residence. Deputies made contact with the owner of the property by phone, who confirmed no one was given permission to be on the property. Upon arrival, a female subject came out of the house. Deputies
knew the woman to be David from prior contacts, however David gave deputies a false name when asked. David stated she had been given permission to move into the residence, however changed her story several times throughout the contact. David was detained and deputies conducted a safety sweep of the residence. Deputies located a male subject, identified as Ley, hiding inside the residence under a pile of laundry. A records check revealed Ley to have an active arrest warrant. Diana David was arrested for felony 1st Degree Criminal Trespassing and misdemeanor False Reporting to Law Enforcement. Jared Shane Ley was arrested for felony 1st Degree Criminal Trespassing and an active arrest warrant. Both subjects were booked into Mohave County Adult Detention Facility without incident. 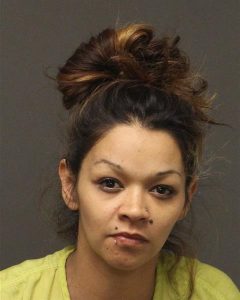 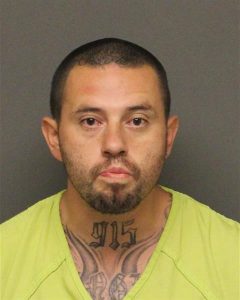