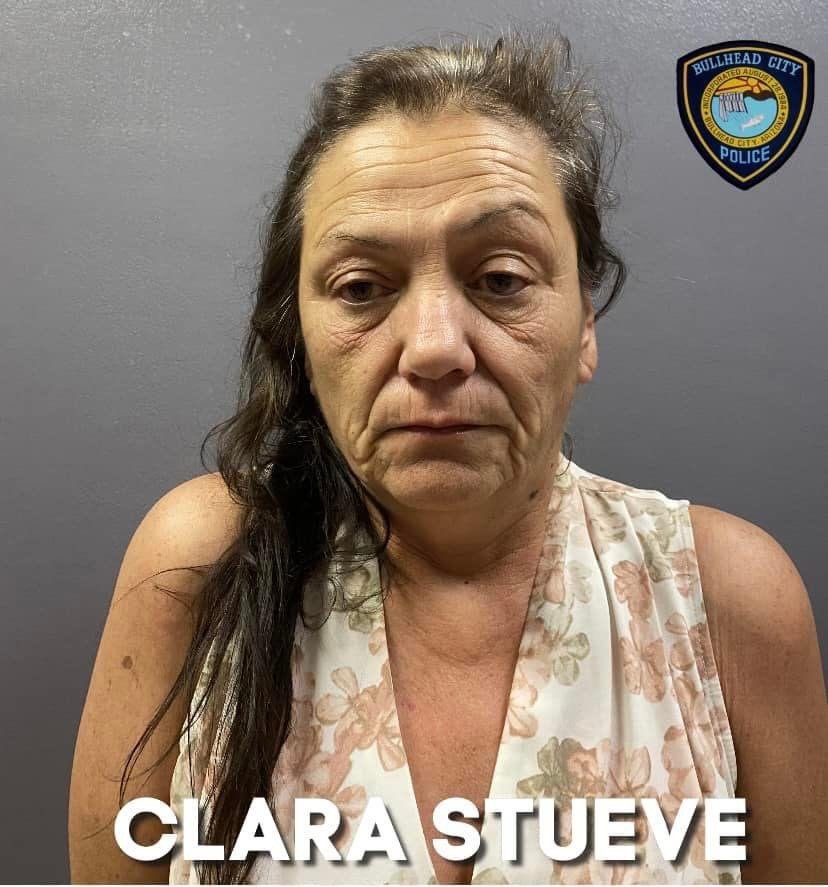 On Thursday (5/5) at about 7 p.m., it was reported that Clara Stueve came out of her residence in the 1700 block of Emerald Road and was recklessly displaying a firearm. She reportedly discharged the weapon into the air and then again into the ground, striking the victim.

She was arrested for aggravated assault, disorderly conduct with a weapon, unlawful discharge of firearms and misconduct involving weapons (prohibited possessor). She was booked into the Mohave County Jail in Kingman.
The 62-year-old male victim was treated at WARMC hospital with non-life threatening injuries.