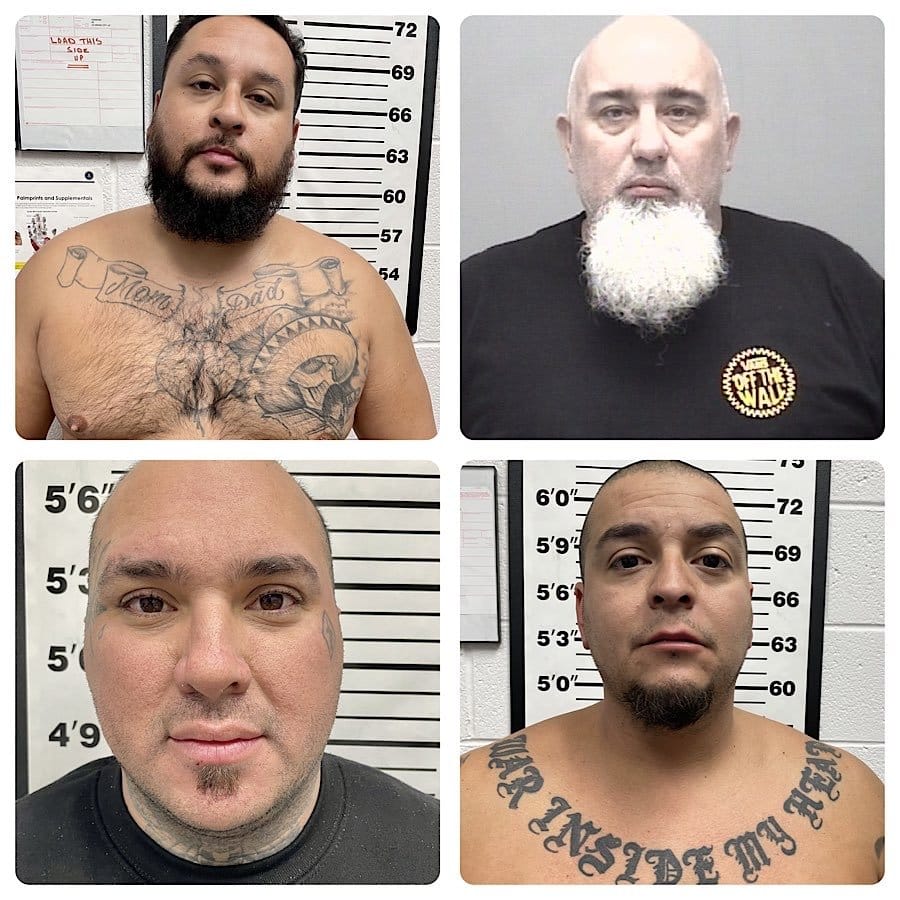 On November 27, 2022, at approximately 1:15 a.m., Lake Havasu City Police Officers were dispatched to the 2000 block of Swanson Avenue for a report of a single gunshot fired inside an establishment. Upon the officer’s arrival, it was determined that a group of individuals had caused a disturbance inside the establishment. One of the individuals proclaimed that an Outlaw Motorcycle Gang was present and became unruly, at which time they were asked to leave by management.

This action led the suspects to leave the establishment and they were contacted in the area a short time later. During the investigation, two of the suspects were identified as having affiliation with an Outlaw Motorcycle Gang.

The actions of the establishment owner were deemed to be justified and reasonable under the circumstances, and no charges have been filed.

As a result of the incident, 50-year-old Lake Havasu City resident Ruben Lucero and 38-year-old Corona, California resident Michael A. Varela Jr. were arrested for Assault and Disorderly Conduct