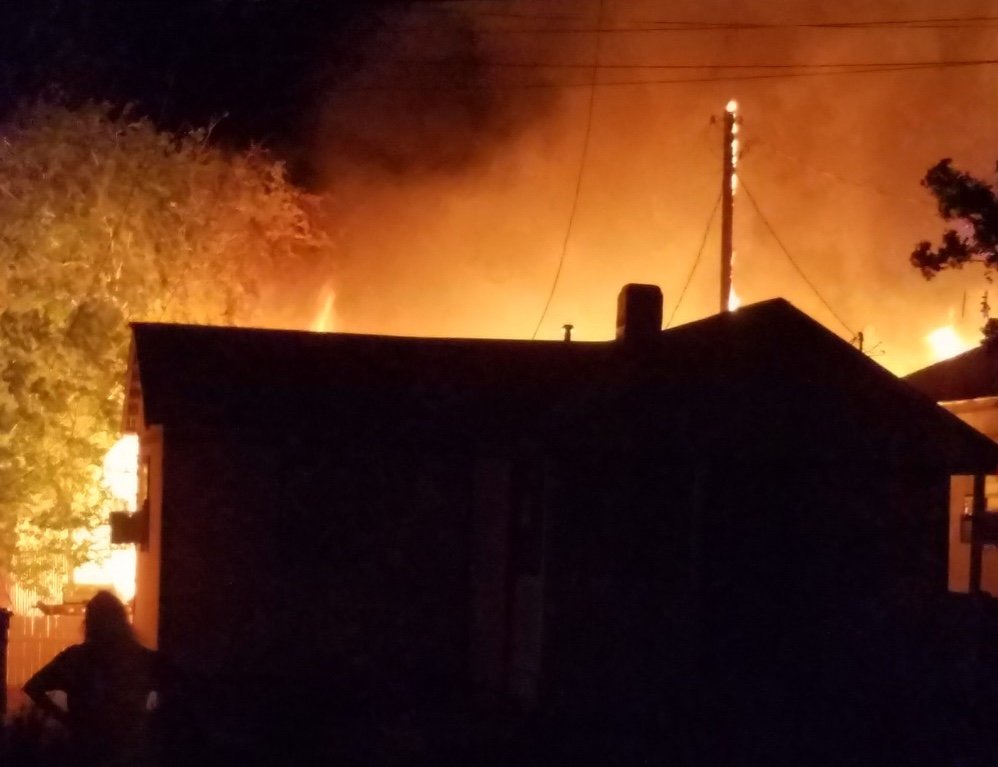 KINGMAN—Fire crews had their work cut out for them Thursday as they battled a large blaze in the 600 block of North Third Street.

Crews arrived on scene and found heavy smoke and fire coming from the rear of six single family homes.

Eaton said firefighters began a defensive attack on the most heavily involved structure first. Additional personnel were placed at other structures to extinguish the fire and to stop it from spreading from adjacent homes.

Damages were reportedly confined to a single abandoned structure and two sheds on adjoining property.

Other homes sustained some fire and heat damage. Their homes were able to be reoccupied, said Eaton.

Fire officials estimate the total loss to be about $90,000. No injuries have been reported in connection to this fire. The cause is still under investigation.