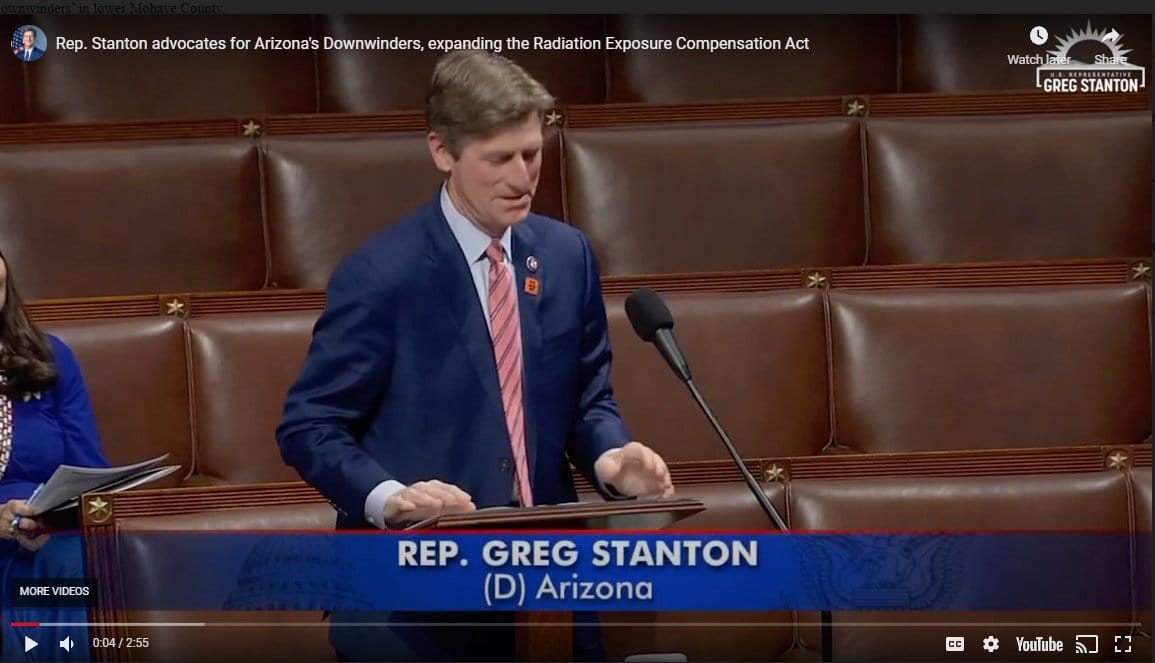 In remarks on the House floor before passage, Stanton said he’s hopeful that the short-term extension will encourage lawmakers to seek a long-term solution that provides much-deserved justice to families in Arizona.

“Tragically, families in the lower portions of Mohave and Clark Counties have lost spouses, parents, siblings, and loved ones to radiation illnesses, and it is an absolute shame that they have been left behind by their federal government,” Stanton said. “I am disappointed that this bill does not include more Downwinders, but I am hopeful that we can use this two-year extension of time to find a way forward to expand Downwinder eligibility.”

A ‘clean’ RECA extension passed the Senate unanimously last week, the second time in six months the Senate has addressed RECA in a manner that leaves Arizona and Nevada’s downwinders without justice. The Senate inserted a “sense of Congress” in the 2022 National Defense Authorization Act that called for the extension of RECA but specifically excluded Downwinders.

Stanton’s Downwinders Parity Act of 2021 was advanced by the House Judiciary Committee with a bipartisan vote last year, following a March 2021 hearing on the impacts of radiation exposure for Downwinders––the first time in two decades that victims in the Southwest were given an opportunity to speak before a House committee on the urgent need for justice for their communities.

Although a version of the legislation has been introduced in each Congress since 2010—first by Sen. John McCain and Rep. Trent Franks—the bill had not earned a committee hearing or vote in either the House or Senate until Stanton aggressively pushed for the effort to move forward.