Through further investigation, it was discovered that two unoccupied homes in the 1900 block of Mohave Drive were burglarized and a victim’s white Ford F-150 pickup truck was stolen. The truck soon experienced mechanical issues and caught on fire. It is believed the suspect received injuries from the fire.
Nearby surveillance video shows the suspect get out of the stolen truck and then get into a black sedan. According to witnesses, the vehicle that picked up the suspect could possibly be a black/dark blue Hyundai passenger car. It is unknown if they were a good samaritan or involved. The stolen truck was filled with stolen property from the residential burglary. 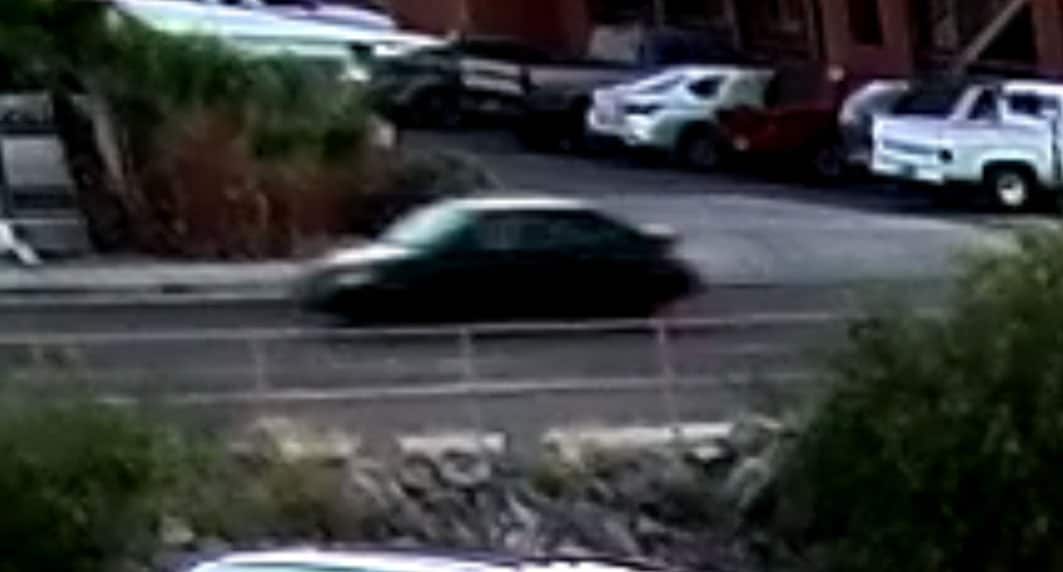