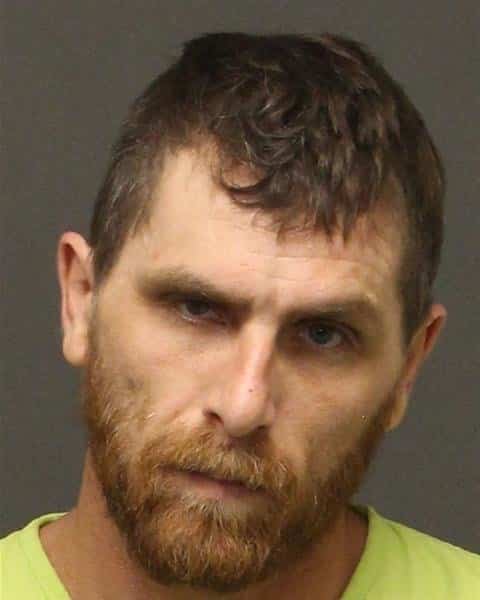 Mohave county Sheriff’s Office Deputies arrested Jeremiah Robert Anderson, 39 of Topock, for Theft of Means of Transportation, Possession of a Weapon by Prohibited Person, Possession of a Weapon during a Drug Offense, Drug Paraphernalia Possession, all felonies, and an active arrest warrant. On Sunday (1/15) at approximately 12:52 PM, deputies responded to a residence in the 1200 block of Concho Dr. in Topock in reference to a report of the unlawful use of a stolen vehicle. The victim alleged that he had allowed Anderson use of his vehicle under the condition of employment. The victim had asked for his vehicle back, however Anderson refused, saying that the victim owed him money and would not return the vehicle until he received the money that was owed.
Deputies responded to the suspect’s residence in the 4500 block of Tule Dr. and observed the victim’s vehicle, along with a second vehicle, listed stolen out of Bullhead City. Deputies positively identified Anderson moving items from the victim’s vehicle to the other stolen vehicle. As deputies approached the vehicle, Anderson fled the scene on foot. A search of the vehicle revealed a Remington shotgun, ammunition, and drug paraphernalia. A records check revealed that Anderson is a prohibited weapons possessor.
At approximately 9:48 later that evening (1/15), Jeremiah Anderson was located and arrested by another deputy. When asked about the earlier incident, Anderson denied any involvement with the stolen vehicles and denied fleeing from the initial deputy. Jeremiah Anderson was transported to the Mohave County Adult Detention Facility in Kingman without incident.