On September 29th and 30th, James David Koryta, 46, and  Eric Bradley Covell, 27, were caught on surveillance video breaking into multiple storage units in the 3000 block of Highway 95.

On October 2nd, an officer recognized the suspect’s vehicle from surveillance video and the driver, suspect Eric Covell was taken into custody. James Koryta ran from the car. Some of the stolen property was located in the vehicle. Koryta was later located and arrested at his home, in the 100 block of Tanglewood Lane.

Detectives also learned that some of the stolen property was sold for money. Koryta was arrested for burglary and trafficking in stolen property. He was booked into the Mohave County Jail in Kingman, AZ. The Mohave County Attorney’s Office is reviewing charges against Covell regarding his involvement in the burglaries. 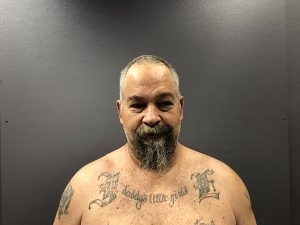 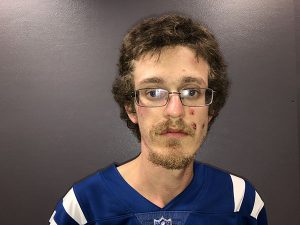