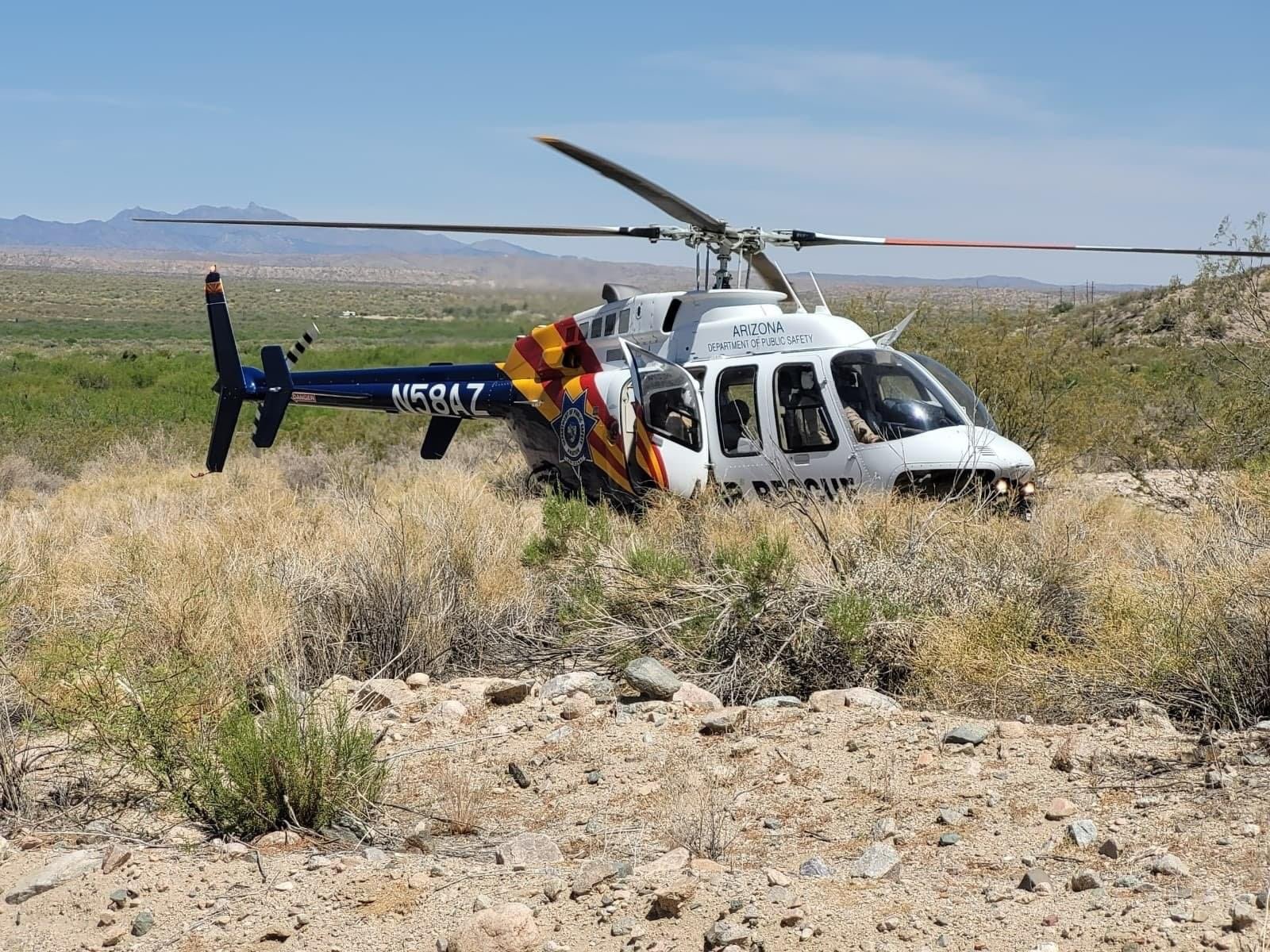 About 7:30am Thursday (5/19) morning, the Mohave County Sheriff’s Office received a call for help from the wife of a 77-year-old male who needed help. While she is located in Idaho, he had called her and indicated he had become stranded in his 6×6 UTV and had walked away from it and was now lost with no idea where he was at – other than near Wikieup. Dispatch was able to attain GPS coordinates from his cell phone. Search and Rescue responded, along with the DPS Western Air Rescue Helicopter from Kingman, and began a route and location search of the area. The DPS helicopter located him nearby the coordinates and landed, while medics rendered medical aid. He was severely dehydrated and was brought back to the Command Post, where he refused additional medical evaluation. Search and Rescue wants to remind everyone when recreating in the remote and rugged wilderness areas in Mohave County, to never travel alone and be sure to bring plenty of supplies – including water! Great job by everyone!