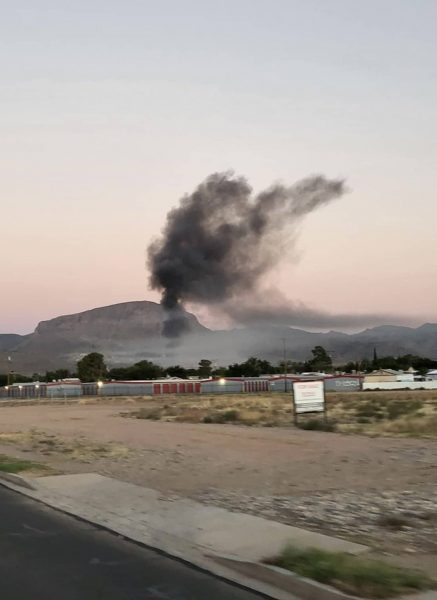 On September 19th at 0615, Northern Arizona Fire District (NAFD) and Kingman Fire Department (KFD) responded to the 2800 block of John L. Ave, Kingman, AZ. Units arrived on scene of a working structure fire to a manufactured home with defensive fire conditions. One resident was trapped in the backyard and could not exit due to the extent of the fire. He was helped over a chain link fence and was uninjured. A neighboring house was also threatened but the fire was quickly stopped by firefighters on scene.
The home was a total loss and multiple residents are left displaced. A dog was also lost in the blaze. Additional agencies who helped with emergency operations included River Medical, Mohave County Sheriff’s Office, and Unisource. Red Cross was also requested and will be assisting the displaced residents The cause of the fire is undetermined at this time.
For further information contact Northern Arizona Fire District Fire Chief Dennis Hoke at 2600 Northern Ave. Kingman AZ. 86409. 928-757-3151.

← Prev: THANK YOU FOR A GREAT 2022 MOHAVE COUNTY FAIR Next: ROC Title Agency →