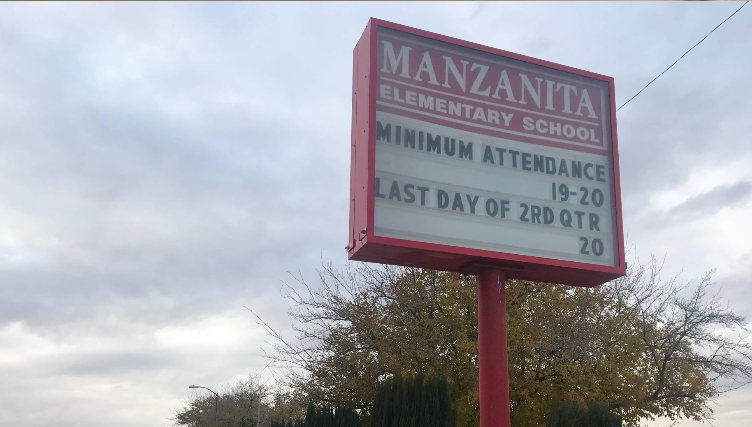 KINGMAN – There was a brief panic at Manzanita Elementary School Thursday afternoon.

According to Kingman Unified School District Superintendent Roger Jacks, at about 1:20 p.m., the main office at Manzanita received a call saying multiple bombs had been planted throughout the school.

The district immediately ordered an evacuation and Kingman Police were notified.

Nearly 760 students, 50 teachers and other staff were moved to a safe location. Parents were notified to come pick up their children and that buses would be running on time.

One parent told The Bee she received a call from the district around 2:07 p.m. informing them of the threat at the school.

“I was told to come pick up my child at the food building that is off-site from the school,” she said.

“Parents were orderly and followed directions,” Jacks said. “That was very helpful and I thought (the whole situation) was handled quite well. Back in the day all we had to worry about was someone pulling a fire alarm or other prank. Now, with all the violence, an incident can be very scary to everyone.”

The Bee is still awaiting a statement from Kingman Police regarding the investigation. No word yet if there was an arrest in connection to the threat.