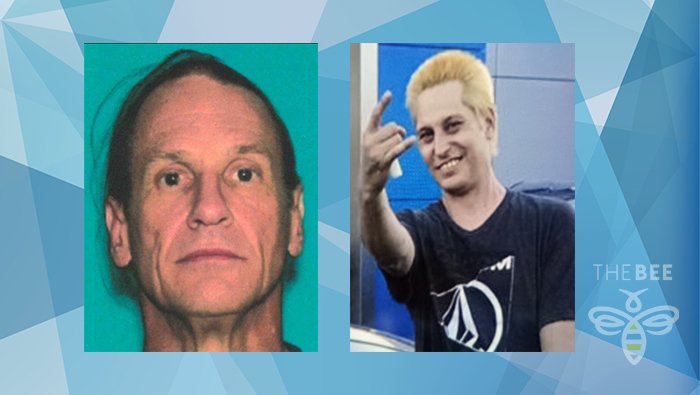 The two vehicles were fraudulently purchased at the dealership in a victim’s name.

Bullhead City Police are asking for the public’s help to identify the man who fraudulently purchased the two vehicles last month. The suspect is described as a white male adult with bleach blonde hair, possibly in his mid-20s.

The two stolen vehicles have since been recovered by police.

Detectives believe another person involved in the vehicle theft/fraud is Richard Anthony Harris, 49. Harris has a felony warrant for his arrest out of Las Vegas Metropolitan Police Department for stealing ATMs in Laughlin. He is also wanted on other charges for his involvement in numerous other criminal incidents. He has been seen in the area several times and flees from police when contact is attempted.

Anyone who can identify the unknown suspect or knows of Harris’ whereabouts is asked to call the Bullhead City Police Department at 928-763-1999.