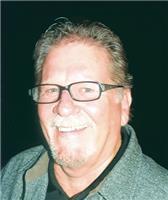 Ted retired from Operating Engineers in Yucaipa, Calif. in 2010 and moved to Fort Mohave in 2016 where he has been an active member of the Veterans of Foreign Wars, American Legion, AmVets, Veterans United Inc., Moose Lodge, and Elks Lodge.

He was a proud veteran of the Vietnam War, where he served with distinction as a Marine and earned several medals, including the Purple Heart. The discipline and patriotism he learned in the Marines followed him throughout his life.

An enthusiastic karaoke singer, Ted had a big heart and a fun-loving personality. He lived life to the fullest and was an energetic outdoorsman who enjoyed off-roading, RVing, fishing, and boating. Ted was also an avid fan of NASCAR and the NHRA and tinkered with his own assortment of vehicles at every opportunity. A devoted family man, he loved nothing more than to cook up a batch of chili verde, BBQ tri-tip, Italian sausages, or chicken marsala for everybody. The more the merrier.
Ted will be lovingly remembered by Cheryl, his wife of more than 20 years; four daughters; three sons; and five grandchildren. He is also by 10 siblings; and numerous nieces and nephews.