The Grid Offers Fun For All Ages 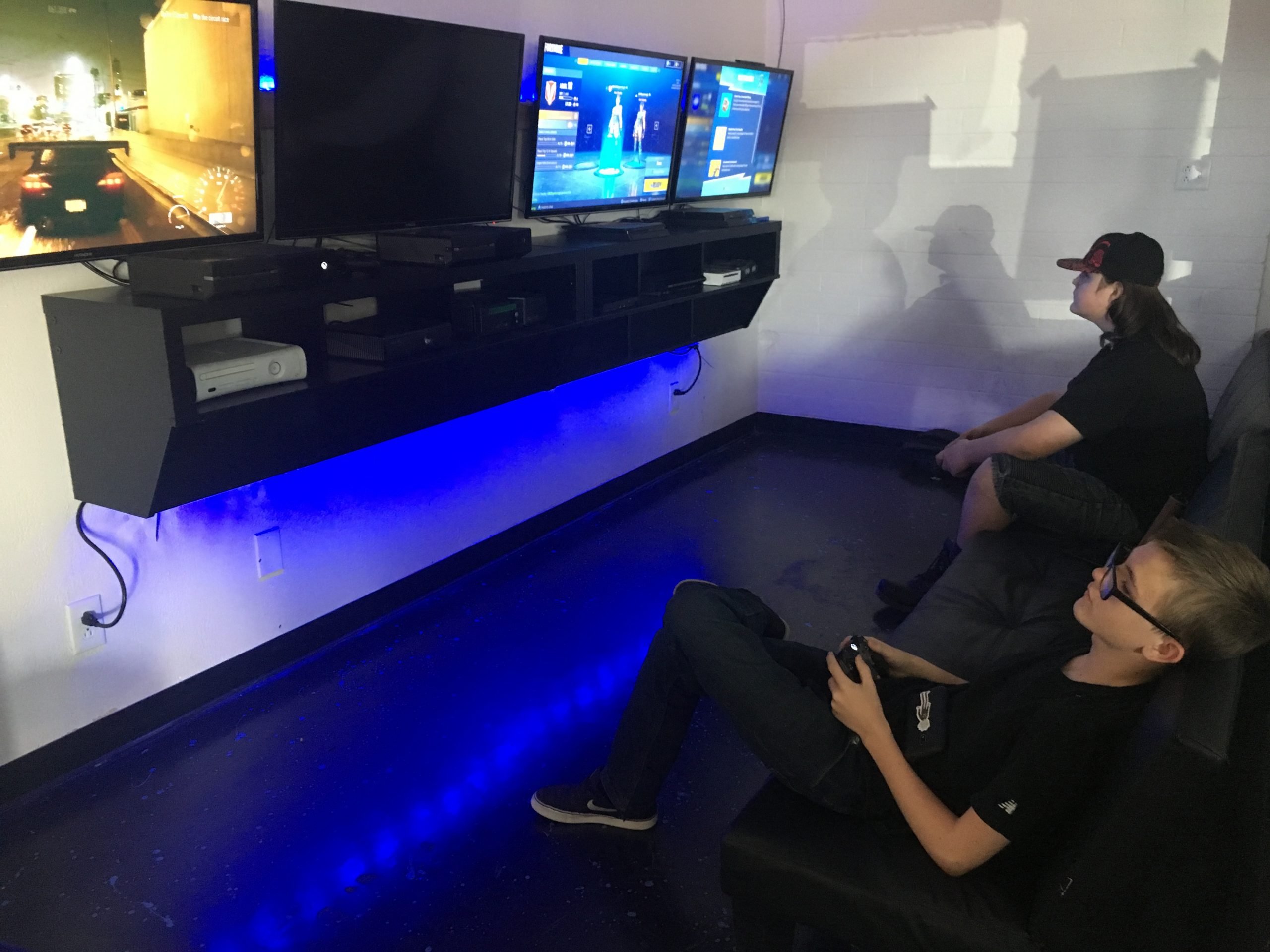 BULLHEAD CITY—Young or old, The Grid Arcade & Gaming Lounge is the place to be if you love to game.

Opening their doors last week to the community, owner Jenny Carruthers said it was a 10-year dream in the making.

The Grid is centrally located in the main heart of Bullhead City and directly across from the Mohave Junior High, which gives students the opportunity to have a place to gather after school.

“My husband, Joe, is completely into arcade games and when we were younger he always had this dream of wanting to open an arcade in our area, but at that time we didn’t have the funds,” said Carruthers. “Flash forward to now, we came home one day and said let’s do it.”

Whether your preference of gaming is going old school Nintendo DES or tackling quarter-fed arcade cabinets, there is something for everyone at the arcade, said Carruthers.

“If we don’t have it, and there is a lot of interest in the certain game or arcade machine, we will look into bringing it here,” she said. “We try to keep the games in the middle and currently have one cabinet that has 60 arcade games in it. We are always taking feed back. We try to keep an eye out on what games are very popular and what is coming out. We will also replace the game if we see there isn’t much attention to it.”

Arcade games range from .25 to $1.00 and for those wanting to use the gaming console, pricing begins at $4.50 an hour and goes up to $55 for a 24-hour block. Those buying blocked time will receive a grid punch card, which must be used within a 30-day period, said Carruthers.

There will also be gaming tournaments at The Grid, where players can show off their skills and win prizes in the end. They also buy, sell and trade on games and consoles.

“We will trade console time or Grid cash that you can use for the console or the snack bar,” said Carruthers. “Buying used accessories and game consoles helps us keep the cost down for the public.”

The Grid is open for all ages and those 12 years of age and older can be unaccompanied by an adult. However, those under the age of 12 must have someone the age of 16 or older. Carruthers said they also work closely with the police department to make sure the arcade is a safe place for kids and teens to unwind. The Grid hours also coincide with curfew.

“We do have strict rules: no gang activity, no drugs and no alcohol,” said Carruthers. “If we see it, you will be permenately banned from the premises and the authorities will be called. We want a safe place for kids to come hang out.”

The Grid will also offer birthday party packages starting at $65 for one hour. The package includes whole space rental per hour, basic birthday decorations (no themes), unlimited console time and quarters games will be matched up to $50.

Photo Caption: Anthony Justus, 14, relaxes on the couch at The Grid Arcade & Gaming Lounge as he tackles his favorite console game, Need for Speed. Justus, a student at Fox Creek Junior High said he has been coming to The Grid since they opened “because it gives him something to do.”