The Wings of Freedom Tour is back April 8th – 11th 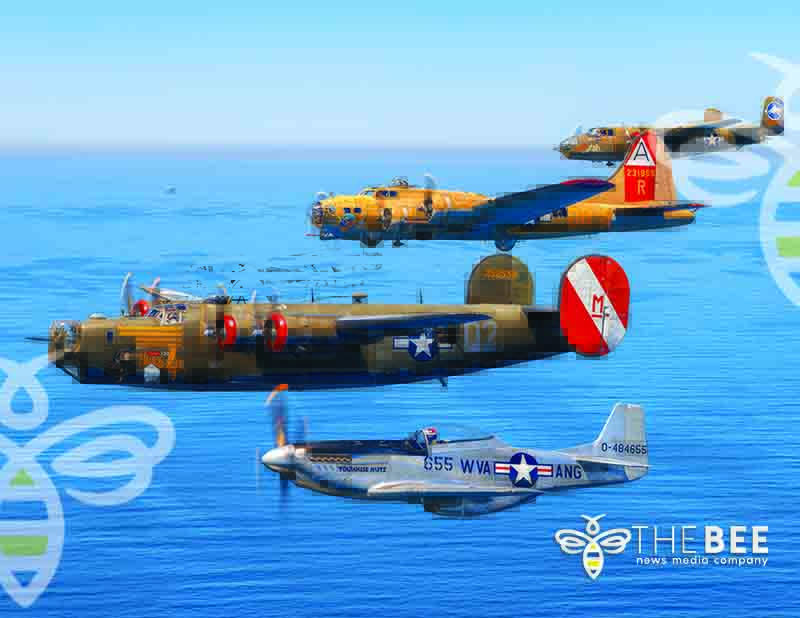 WHAT:  Participating in the Collings Foundation’s WINGS OF FREEDOM TOUR, B-17 Flying Fortress “Nine O Nine,” B-24 Liberator “Witchcraft,” B-25 Mitchell “Tondelayo” bombers, P-51 Mustang “Toulouse Nuts” and P-40 Warhawk “Jaws” fighters, will fly into the Laughlin/Bullhead International Airport for a visit from April 8th to April 11th. This is a rare opportunity to visit, explore, and learn more about these unique and rare treasures of WWII aviation history. The B-17 is one of only 9 in flying condition in the United States. The B-24J Liberator is the sole remaining example of its type flying in the World. The B-25 is best known for being used in the daring Doolittle raid. The P-51 “Toulouse Nuts” fighter received the prestigious Grand Champion Award for restoration. New to the tour is the legendary P-40 Warhawk fighter well know for serving with the Flying Tigers. Visitors are invited to explore the aircraft inside and out – $15 for adults and $5 for children under 12 is requested for access to up-close viewing and tours through the inside of the aircraft. Discounted rates for school groups. Visitors may also experience the once-in-a-lifetime opportunity to actually take a 30-minute flight aboard these rare aircraft. Flights on either the B-17 or B-24 are $450 per person. Get some “stick time” in the world’s greatest fighters! P-51 flight training is $2,400 for a half hour and $3,400 for a full hour. P-40 Warhawk flight training is $2,200 for a half hour and $3,200 for a full hour. B-25 flights are $400 per person. For reservations and information on flight experiences call 800-568-8924.

WHERE: The WINGS OF FREEDOM TOUR will be on display at Laughlin/Bullhead City International Airport, located on the ramp at Signature Flight Support, 2550 Laughlin View Drive, Building 40.

WHO: The Collings Foundation is a 501c3 non-profit educational foundation devoted to organizing “living history” events that allows people to learn more about their heritage and history through direct participation. The Nationwide WINGS OF FREEDOM TOUR is celebrating its 30th year and visits an average of 110 cities in over 37 states annually. Since its start, tens of millions of people have seen the B-17, B-24, B-25, P-40 & P-51 display at locations everywhere. The WINGS OF FREEDOM tour is one of the most extraordinary and unique interactive traveling historical displays of its kind.

WHY: The WINGS OF FREEDOM TOUR travels the nation as a flying tribute to the flight crews who flew them, the ground crews who maintained them, the workers who built them, the soldiers, sailors and airmen they helped protect; and the citizens and families that share the freedom that they helped preserve. The B-17, B-25 & B-24 were the backbone of the American effort during the war from 1942 to 1945 and were famous for their ability to sustain damage and still accomplish the mission. Despite the risks of anti-aircraft fire, attacking enemy fighters, and the harrowing environment of sub-zero temperatures, many B-17s, B-25s and B-24s safely brought their crews home. The P-51 Mustang was affectionately known as the bombers “Little Friend” – saving countless crews from attacking axis fighters. After the war, many aircraft were scrapped for their raw aluminum to rebuild a nation in post-war prosperity and therefore very few were spared. The rarity of the B-17, B-25, B-24, P-40 & P-51 – and their importance to telling the story of WWII is why the Collings Foundation continues to fly and display the aircraft nationwide. At each location we encourage local veterans and their families to visit and share their experiences and stories with the public. For aviation enthusiasts, the tour provides opportunity for the museum to come to the visitor and not the other way around! Visitors can find out more by visiting our website at www.collingsfoundation.org. 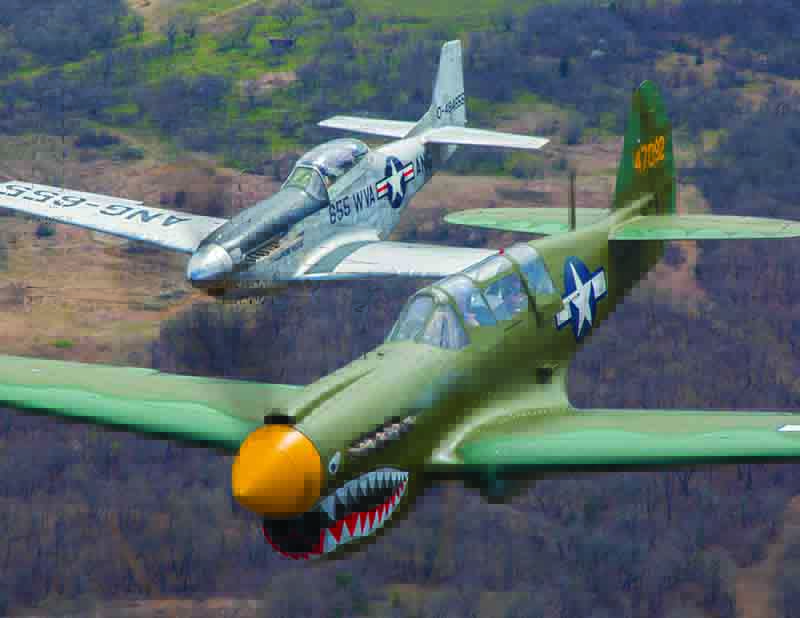 ← Prev: Classroom Grants winners announced; Record number of applications received Next: Havasu Regional's Cath Lab is 1st in Arizona to be accredited by the ACC →