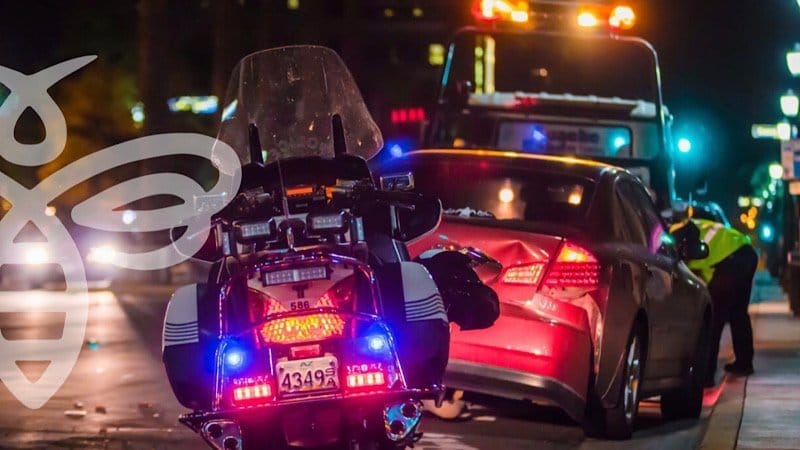 Lake Havasu City AZ- On Monday, September 14, 2020, at approximately 1:50 p.m., the Lake Havasu City Police Department responded to a three vehicle crash on SR 95 near Mile Post 187.9. A 2001 Grey Toyota Avalon was traveling northbound on SR 95 in the left lane when the vehicle began drifting to the left toward the center median.  The vehicle then came back onto the roadway and collided with a 2008 Silver Ford Edge, which was in the right lane traveling northbound.

After colliding with the 2008 Edge, the 2001 Avalon then crossed into the center median striking a concrete drain and continued into oncoming traffic, where it collided with a 2015 Dark Grey Ford Edge which was southbound. The driver and sole occupant of the 2001 Avalon, identified as 33-year old Lake Havasu City resident Marisa Guerreiro, was ejected from the vehicle due to not wearing a seat belt. She was transported to the hospital where she was later pronounced deceased.

The driver and passenger of the 2008 Ford Edge were uninjured, and the driver of the 2015 Ford Edge was transported with non-life threatening injuries.

The Lake Havasu City Police Department’s Crash Investigation Team responded to the scene to conduct the investigation. During the investigation, it was determined that speed and impairment are believed to be factors in the crash.   Public Information Officer:  Detective Chris Angus (928) 855-1171