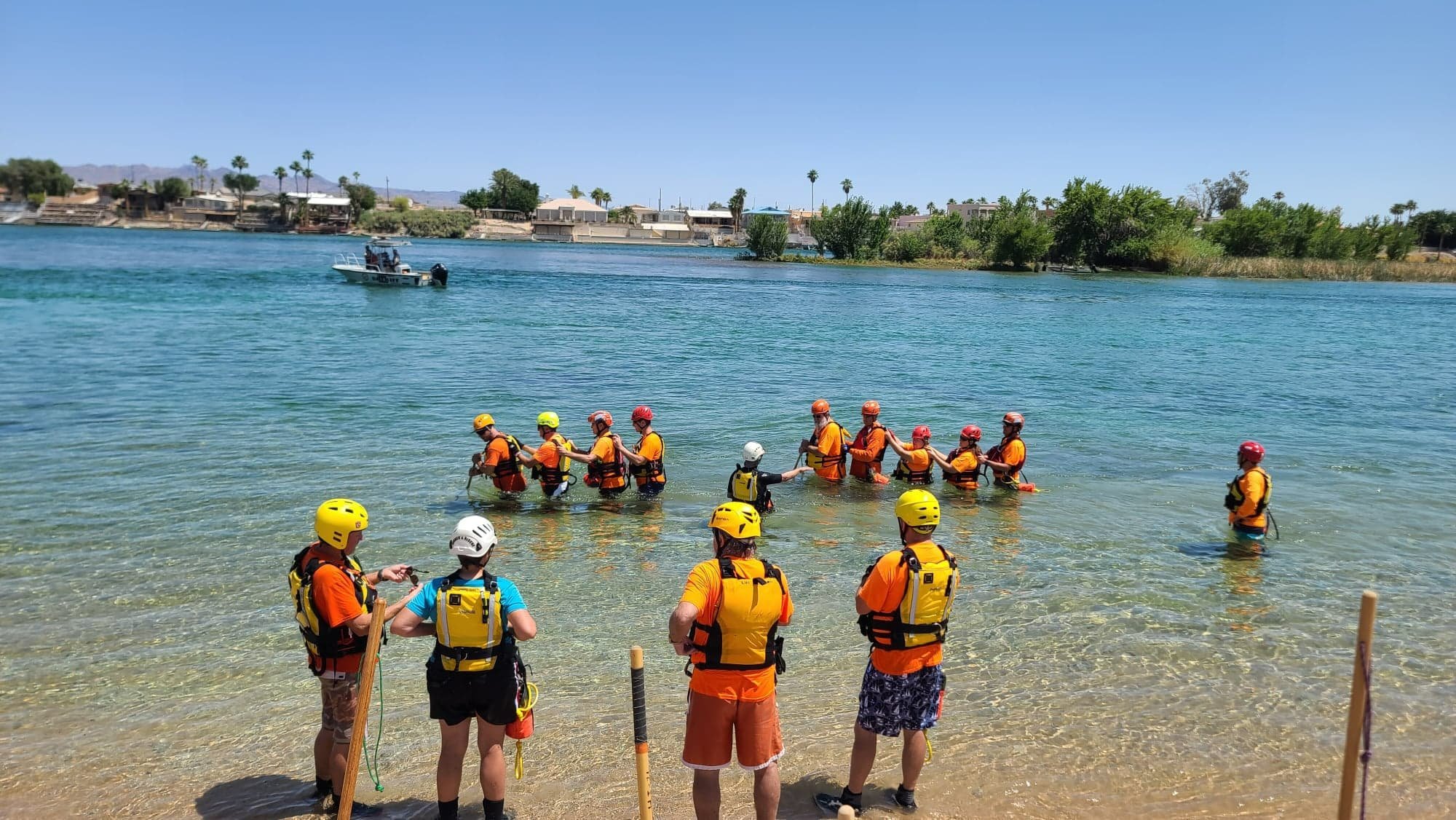 On Saturday (5/14) and Sunday (5/15), the Mohave County Sheriff’s Office Search and Rescue conducted swift water rescue training at the Big Bend of the Colorado State Recreational Area on the Colorado River. Classroom training began Saturday (5/14) morning in Bullhead at the Bullhead City Police Training Center, where instructors provided a series of information covering swift water rescues. Instruction included: common swift water rescues in Mohave County; standards, the philosophy of swift water rescues; swift water safety; river hydrology; terminology; communications; equipment; and, strategies.
Training then continued at Big Bend, beginning with a safety meeting and a discussion on using rope equipment to perform a technical rope rescue during a swift water rescue. Students then participated in a series of hands on instruction that included: the preparation and deployment of throw bags; safety concerns and techniques for shallow-water crossing; and, basic self-rescue procedures. The day concluded with a swim test to verify the students had the endurance required for swift water rescues.
On Sunday (5/15), training continued following a safety briefing, a discussion on reading the water and medical considerations that may be encountered during swift water rescues. The intensity of the training increased and included: defensive swimming techniques; overcoming a strainer and the dangers presented by strainers; advanced shallow-water crossing methods; how to conduct a pendulum rescue using a throw bag; live bait and understanding the power of water forces when ropes are used; establishing a high-line with a tethered boat; and, the use of a tensional-diagonal system to perform a river crossing.
During the training, the MCSO Division of Boating Safety provided upstream and additional downstream safety support. It was a great weekend of training! 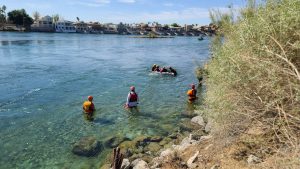 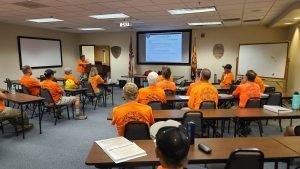 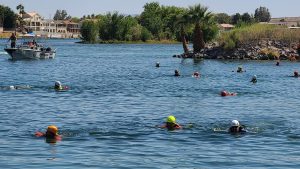 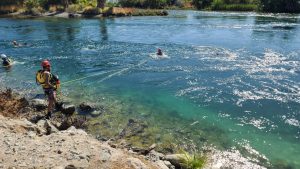 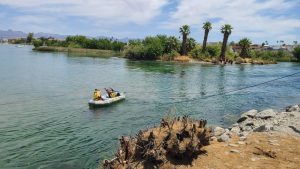 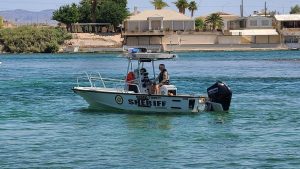 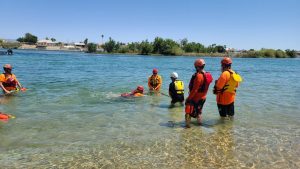 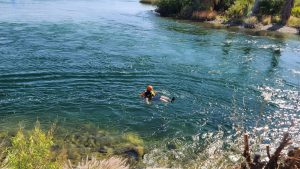 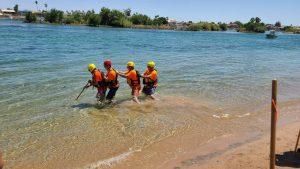 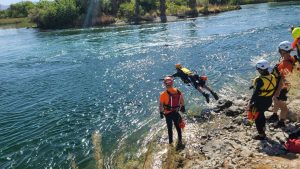 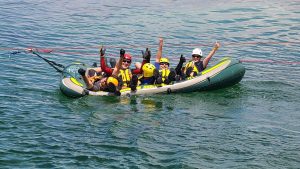 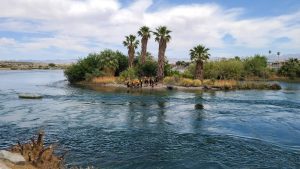 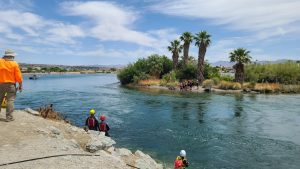 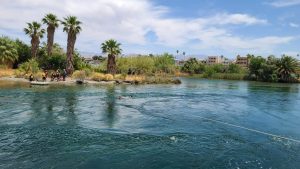 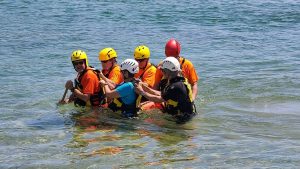 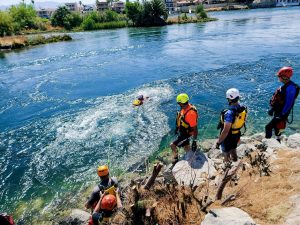 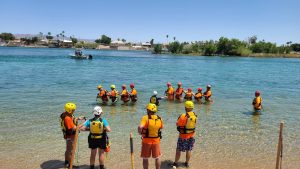