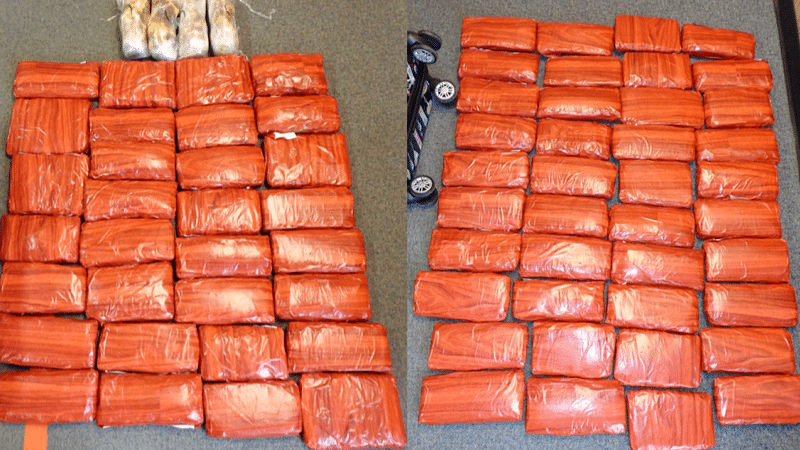 On Friday, January 21st, 2022, an AZDPS trooper initiated a traffic stop on the driver of a Chevrolet sedan on eastbound Interstate 40 at milepost 204, in Flagstaff. During the traffic stop, the trooper conducted a search of the vehicle and discovered 130 pounds of methamphetamine concealed inside. The driver, 21-year-old Marco Aguilar Castaneda of Senger, CA, and his passenger, 23-year-old Alexis Moto Hernandez, of Fresno, CA, were booked into the Coconino County Jail on a charge of transportation of a dangerous drug for sale.

Methamphetamine is an extremely addictive stimulant that affects the central nervous system. According to the National Institutes of Health, overdose deaths involving methamphetamine nearly tripled between 2015 and 2019 among adults aged 18 to 64.