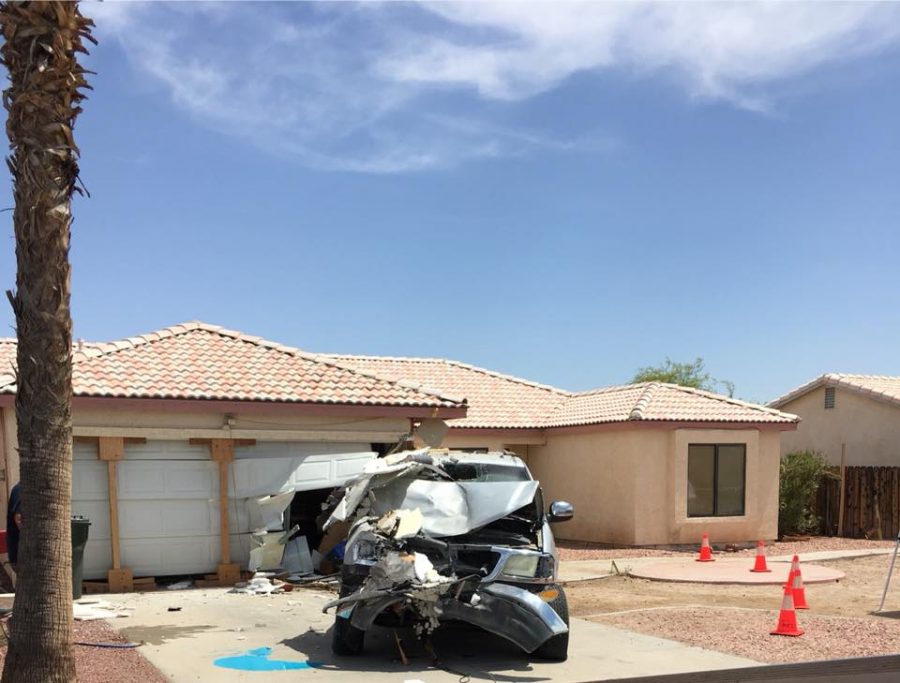 Fort Mojave Mesa Fire Department spokesman James Kartinen said firefighters had to build and install T-Shores to help support the structure while the truck was being removed.

No injuries were reported and the cause of the crash is being investigated by the Mohave County Sheriff’s Office.