Two Arrested On Suspicion of Burglary 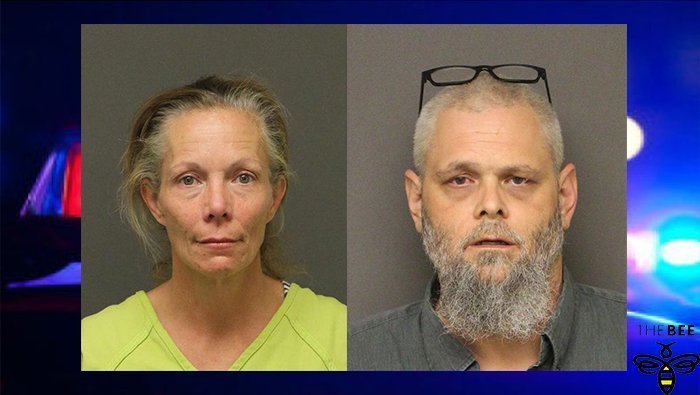 KINGMAN–Two Kingman residents were arrested Sunday after reportedly trying to get their belongings back from a house they moved out of in May.

Mohave County Sheriff’s spokeswoman Anita Mortensen said David Crawford, 48, and his girlfriend, Paula Christine Gonzalez, 47, are facing charges of burglary in the second-degree after deputies responded to the 5600 block of Platinum Street in reference to a burglary in progress.

The reporting party told deputies that her neighbors had called to report a red vehicle on the property and that items were being removed from the residence by two subjects, later identified as Crawford and Gonzalez.

Deputies arrived on scene and reportedly noticed a male subject (Crawford) allegedly using a crow bar and attempting to open the trunk of a vehicle on the property, said Mortensen. Furthermore, a female subject (Gonzalez) was reportedly seen exiting the home and told deputies they were former tenants of the residence and were reportedly getting their belongings.

The homeowner was contact by deputies, who advised Crawford and Gonzalez moved out in May and did not have permission to be on the property.

Mortensen said the items reportedly being removed on Sunday belonged to the homeowner and not Crawford or Gonzalez.

Both were taken to the Mohave County jail in Kingman.