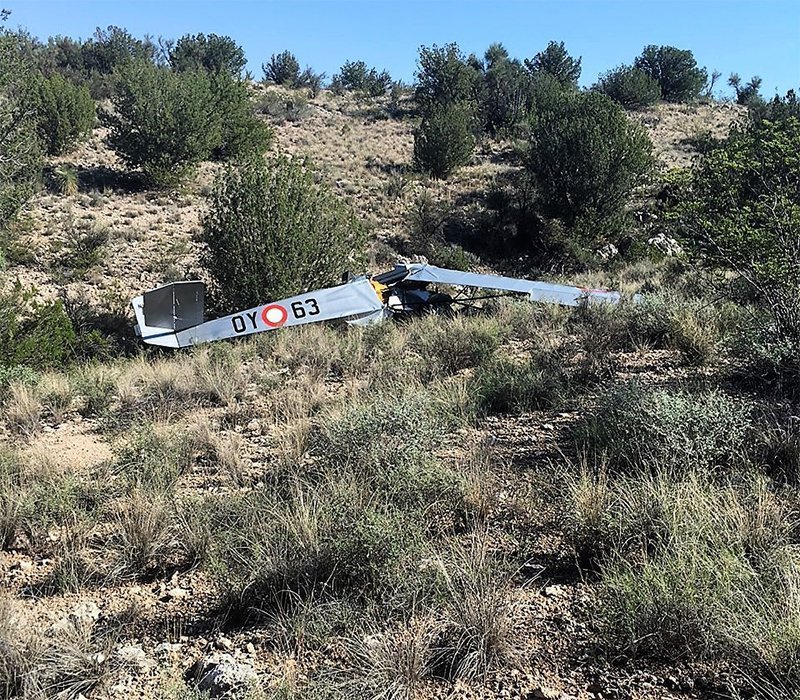 Yavapai County Sheriff’s Office spokesman Dwight Develyn said around 6:30 p.m. Saturday the YCSO received a call concerning an overdue small plane and that a family member of the plane’s owner had been attempting to reach the pilot for several hours, without success.

Develyn said the pilot had indicated to family members he was taking a friend for a short flight around Yavapai County.

Further investigation reportedly showed local aircraft towers having no record of the plane in the air. Deputies that obtained GPS coordinates from a cell phone belonging to one of the plane occupants. An Arizona Department of Public Safety Ranger crew were dispatched and located the plane around 8:30 p.m. in a remote and very rugged terrain just southeast of Montezuma Castle in the Camp Verde area.

The plane was reportedly a home built type aircraft. An official from the National Transportation Safety Board is currently investigating the cause of the crash.

No additional details are available at this time.