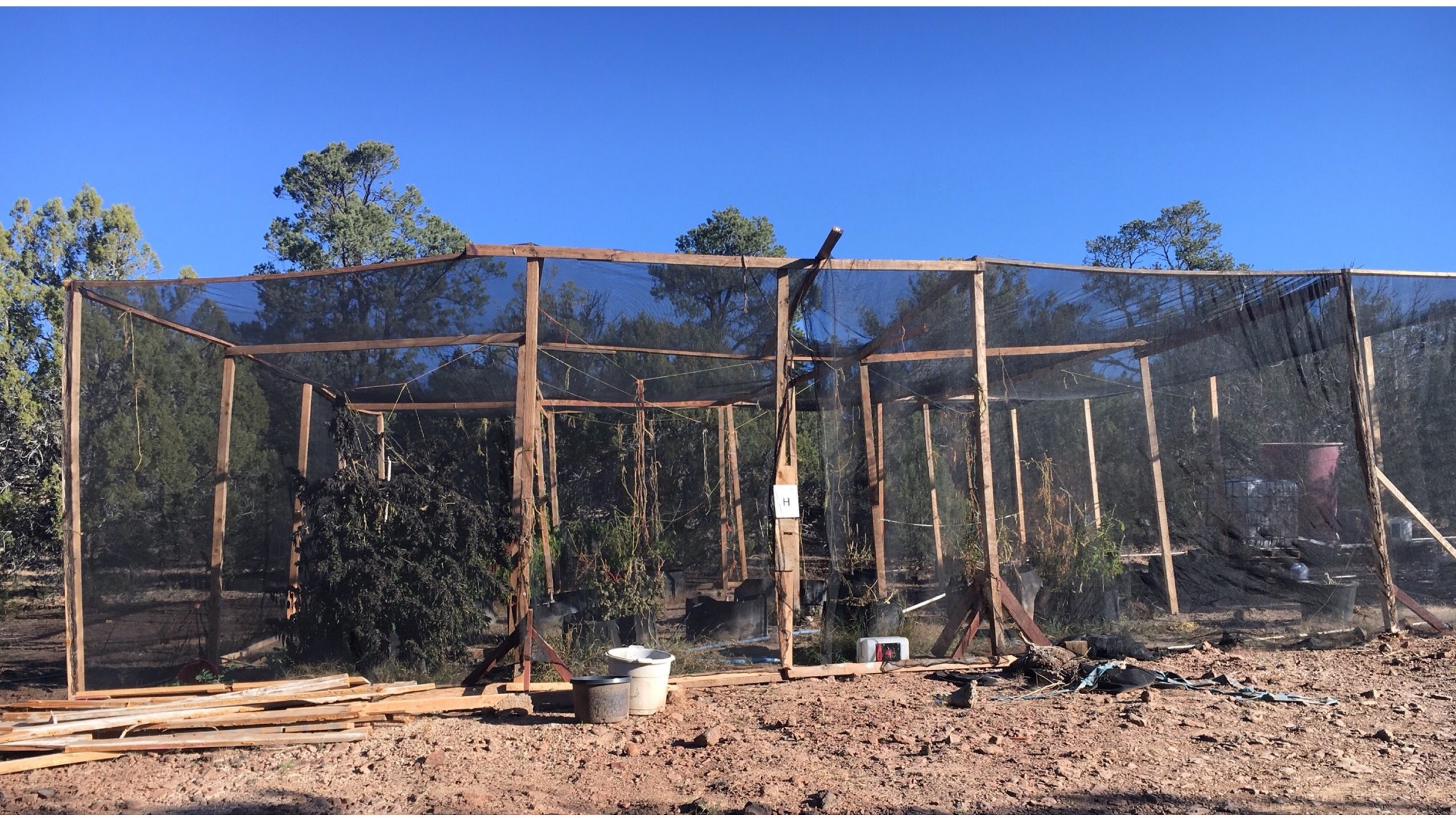 NORTHWESTERN, Arizona — A joint task force investigation under the direction of the Arizona Department of Public Safety, resulted in the arrest of seven people, two of which were residents of Fort Mohave.

The arrests stem from a four-week investigation into illegal activities involving marijuana throughout Mohave, Yavapai and Coconino counties.

During the course of the investigation, law enforcement seized nearly 800 pounds of marijuana after the discovery of two illegal marijuana cultivation operations.

The Mohave Criminal Targeting Unit (CTU) coordinated residential search warrants on two properties in Yavapai County and seized a large amount of marijuana and other evidence, that included, around 791 pounds of cultivated raw marijuana, 67 marijuana plants, 180 grams of THC wax, 107 grams of LSD—hallucinogenic drug, one gram of hallucinogenic mushrooms, 16 pills of an unknown type, four firearms and over $4,300 in cash.

Wiley David King, 71, and Tessa Rose Stover Blovin, 26, of Quartzsite, Arizona; and Vanessa Rose Bennett, 39, and Mitchell Ray Kirkley, 48, of Seligman, Arizona were the five other people arrested in connection to the investigation.

“Making communities in northern and western Arizona safer starts with dismantling drug operations like this one,” said Colonel Frank Milstead, Director of the AZDPS. “Taking these suspects off the streets and depriving them of their illegal livelihood will hopefully send a strong message to others.”