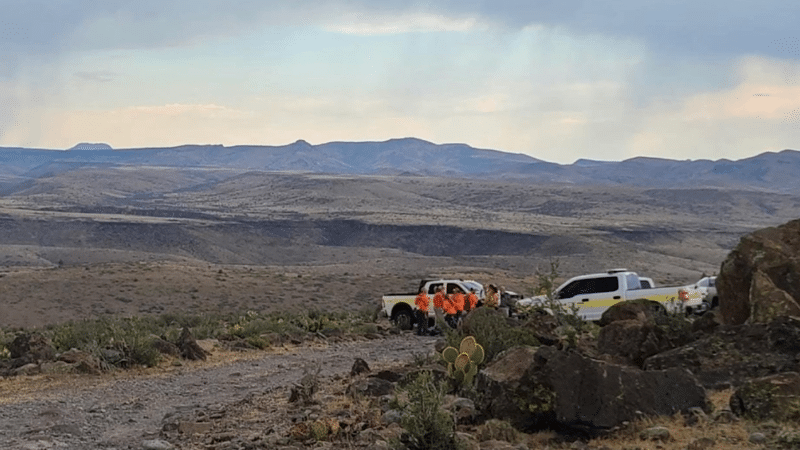 The Bureau of Land Management (BLM) is working with other local, state, and federal agencies to respond to a wildland firefighting aircraft accident that claimed the lives of both crew on board. The accident occurred at approximately noon on July 10 as part of initial attack efforts on the Cedar Basin Fire, located 14 miles east of Wikieup, in northwestern Arizona.

Pilot Matthew Miller, 48, and Air Tactical Group Supervisor Jeff Piechura, 62, were on board a Beechcraft King Air C-90 aircraft, conducting visual reconnaissance and aviation command and control over the fire, when the accident occurred. Miller was a fire pilot with Falcon Executive Aviation, Inc, contracted by the U.S. Forest Service. Piechura was an employee with the Coronado National Forest. Their remains have been recovered from the accident site.

“Our hearts and most sincere condolences are with the families, friends and colleagues of both individuals lost in this tragic accident,” said BLM Arizona State Director Raymond Suazo. “This reminds us of the inherent risks involved in wildland firefighting and the gratitude we owe to the courageous and committed men and women who serve willingly to protect lives, communities and natural resources.”

The Department of Interior Office of Aviation Services, in conjunction with the National Transportation Safety Board and the Federal Aviation Administration, are investigating the accident.

The Cedar Basin Fire started the evening of July 9 following lightning and thunderstorms in the area. It is currently mapped at 714 acres with no containment. The accident site is located a half mile south of the fire area and is not threatened by the Cedar Basin Fire.
Updates are available on Inciweb at: https://inciweb.nwcg.gov/incident/7642/

← Prev: Holocaust Education Bill Signed by Governor Ducey Next: Officers are looking for a Dog for Standard Quarantine Procedures →