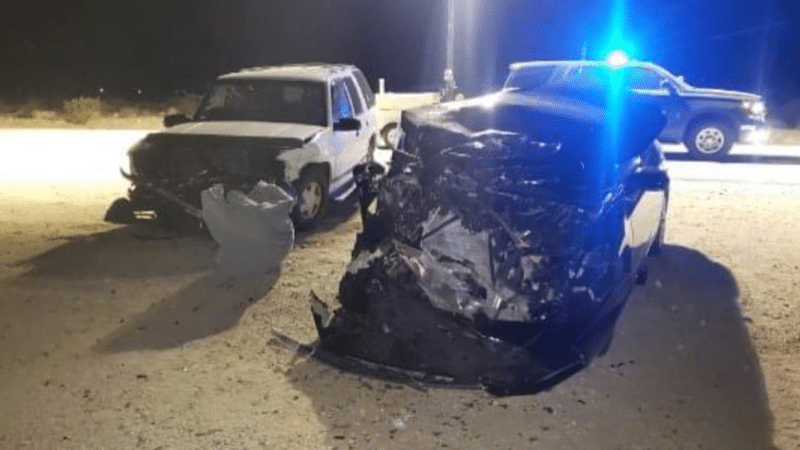 On Tuesday (10/12) at 6:30 PM, Mohave County Sheriff’s Office Deputies were dispatched to the area of milepost #3 on Pierce Ferry Road in Dolan Springs for a report of a single vehicle that struck a cow. A Department of Public Safety (DPS) Trooper responded to the scene to assist and found that it was a two vehicle head-on collision with several subjects injured. It was found that a Toyota sedan was traveling west on Pierce Ferry Rd. with 3 occupants returning from the Skywalk, when the driver swerved to the right to
avoid hitting a cow.