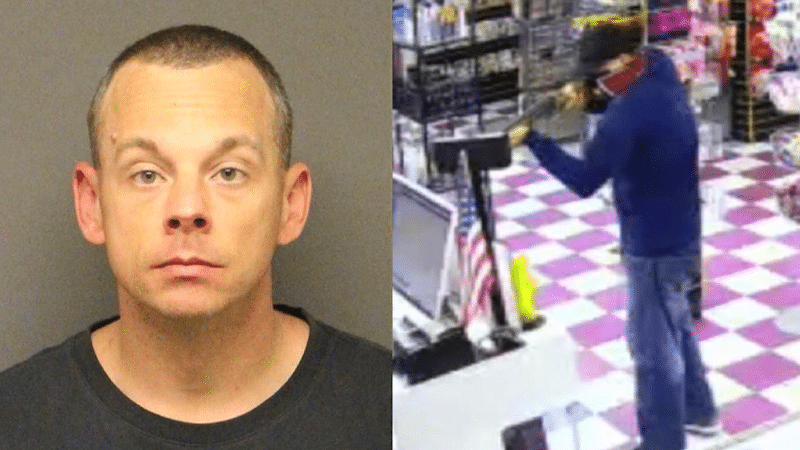 Mohave County Sheriff’s Office Detectives have made an arrest for an armed robbery that occurred at a Lake Havasu City business in September 2021. On September 28, 2021, an unknown male subject entered the business and pointed a shotgun at an employee and demanded money from the cash register. The male subject fled the scene and the employee called police. Deputies attempted to search the area for the suspect with negative results.

Over the course of the investigation, a suspect was identified as Matthew Brode McWhirter, 39 of Lake Havasu City. Detectives with the Mohave County Sheriff’s and Lake Havasu City Police Department located McWhirter on Tuesday (1/25) and detained him. After questioning, he was booked into the Mohave County Adult Detention Facility in Kingman for felony charges of Armed Robbery and Aggravated Assault.

A search warrant was executed at his residence, where Detectives located a distinct shotgun, similar to the one seen on video surveillance of the robbery. Detectives also located a bandana, clothing, and shoes, all consistent with the items used during the robbery. This investigation is ongoing.

The Mohave County Sheriff’s Office is working an active investigation of an armed robbery that occurred at a business in the 3500 block of London Bridge Rd. in Lake Havasu City at approximately 11:48 AM. The suspect is described as a white male, wearing a blue long sleeve shirt, jeans, black hat, dark sneakers with a red bandana covering his face. Anyone with information about the suspects identity or information regarding this incident are encouraged to contact us at 928-753-0753 or call our toll free number at 1-800-522-4312 and reference DR#21-037338.