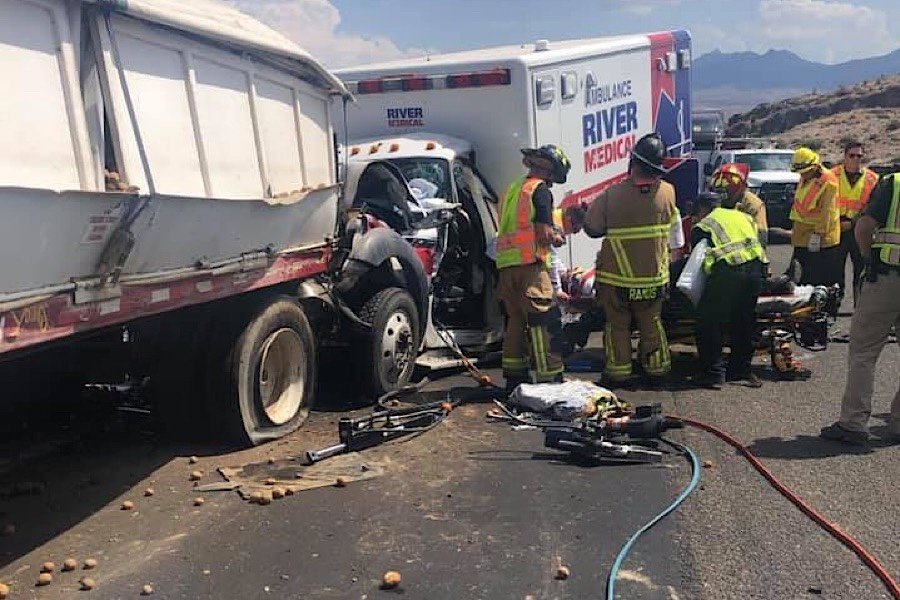 Kingman Police investigated a crash on Hwy 93 (Coyote Pass), MP 69 northbound, wherein an AMR ambulance crashed into a slower moving tractor trailer.  The tractor trailer was towing double trailers loaded with potatoes.  The impact caused the coupling connecting the double trailers to break.  The driver of the ambulance was trapped due to the Collison.  He had to be extricated by Fire Department personnel.   Both drivers were transported to Kingman Regional Medical Center.  The driver of the ambulance was later transported to Las Vegas with serious, non-life threatening injuries.  The truck driver had possible back injuries.  The northbound roadway was restricted for about 2 hours.  Traffic north and south bound was affected as a result of the crash. The investigation is ongoing.  Speed and inattention are believed to be factors in the crash.