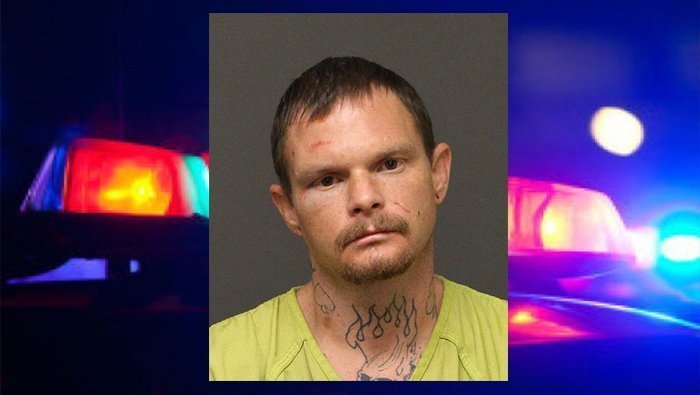 BULLHEAD CITY–A Bullhead City man is behind bars Wednesday after he was reportedly stabbed by another person during an altercation at a local motel.

George Gilbert Carson, 33, faces charges of disorderly conduct and assault after he reportedly became hostile against another person staying at the Desert Rancho Motel, 1041 Highway 95.

Bullhead City Police spokeswoman Emily Fromelt said the victim, whose room was near Carson’s, reported that Carson had been acting hostile for several hours prior to the incident. The victim attempted to calm Carson down multiple times, telling him to relax.

When the victim went to notify management, Carson allegedly attacked the victim, punching him in the head and face, said Fromelt.

The altercation ended  when the victim stabbed Carson with scissors, Fromelt added.

Paramedics and police were notified.

Fromelt said Carson was extremely intoxicated and continued to be disorderly with paramedics at the scene. He was taken to Western Arizona Regional Medical Center, treated and released.

Carson was taken to the Mohave County jail in Kingman.