Voter’s Gear Up For Primary Day 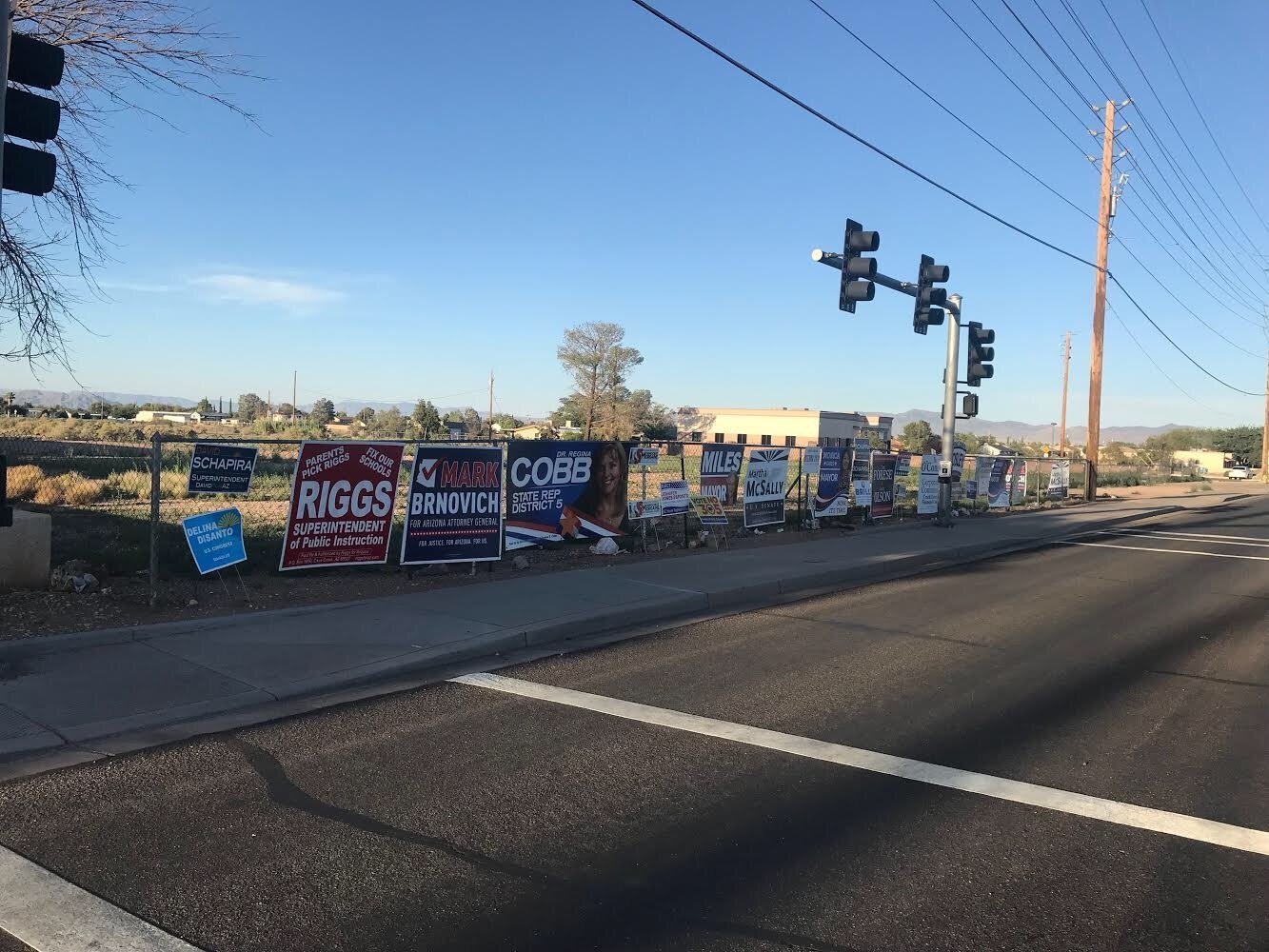 KINGMAN – The clock ticks away toward Tuesday’s mid-term elections.

Polls open throughout the county at 6 a.m. and close at 7 p.m. for 36 voting stations throughout Mohave County, including three precincts in the Colorado Strip, where ballots are often flown in to join the count.

Early (mail-in) votes were being counted Monday afternoon, but results of anything will not be released until 8 p.m. Tuesday.

Mohave County Elections Director Allen Tempert and his crew of nearly 20 full and part-time employees were bracing for impact Monday.

“It’s not going to be a huge turnout,” he said. “That’s just the way things happen.”

Mid-terms usually aren’t as hot and heavy as a Presidential General Election, but the outcomes have the capability of shifting power between the state and federal executive and legislative branches of government.

The election crew of about 20 full and part-time employees had processed almost 20,000 mail-in ballots as of late Monday afternoon.

According to the Mohave County Elections Department, as of Aug. 1, out of a population of roughly 250,000, there are nearly 63,900 registered Republicans, 26,350 Democrats and a bit more than 58,000 registered as Independent, Libertarian, Green Party or other for a total of nearly 150,000 registered (active and inactive) voters in the county.

For reference, the capacity of Las Vegas Motor Speedway is 80,000. Cram in twice that and you have registered voters in Mohave County. Slightly more than 70,800 people attended the 2017 Super Bowl.

Tempert estimates about 12,000 voters to show up to the polls on Tuesday. As in 2016, many voters voted by mail.

“The trend is people are voting more in early elections than going to the polls,” Tempert said.

U.S. Senate Candidate Deedra Abboud provided some numbers and stats that could swing the tide of politics, or just nudge a newbie out to punch/scribble their piece on a ballot.

Women are in. 17 running in federal and state races in Arizona; 36 for state house and 22 running for state senate.

“And that’s just Democrats,” Abboud said. “Even more if you count Republican, Green, Libertarian and write-ins.”

For additional information on polling places, candidates and other numbers, visit the the Arizona Secretary of State Office at www.azsos.gov/elections, Mohave County Elections Department at www.mohavecounty.us.

Keep checking our page at www.thebee.news for continuous election updates.