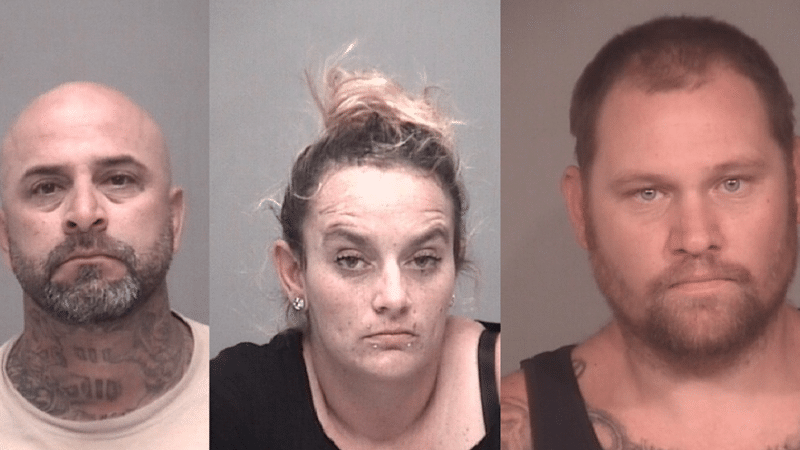 Robinson is described as being 6 foot 4 inches tall with short brown hair and green eyes. He is known to go by the nickname of “Tree,” and has multiple tattoos on his chest and arms as well as the letters “BERDOO” tattooed across his stomach. Robinson also has an amputated right arm. Robinson’s location is currently unknown, but he is believed to be located in the area of Tucson, Az.

Additionally, on April 12, 2021 at approximately 2:36 p.m. the Lake Havasu City Police Department’s SWAT team served a search warrant in the 2600 block of Hacienda Pl., and detectives from the Criminal Investigations Unit have arrested the following two subjects for accessory to murder for the roles that they played in aiding the suspect.

During their initial appearances, both were held without bond and transferred to the custody of the Mohave County Sheriff’s Office.

Anyone with information is encouraged to contact the Lake Havasu City Police Department at 928-855-1171. Anonymous information can be called into Havasu Silent Witness at 928-854-TIPS (8477). Citizens can utilize Havasu Silent Witness’ anonymous text messaging service by texting your message to “CRIMES” or 274637. Tips can also be submitted anonymously through a web page based tip service at www.tipsoft.com or via the “TipSubmit” mobile application. Anyone using Android, Windows or Apple platforms can download the LHCPD app and submit a tip through the app as well.