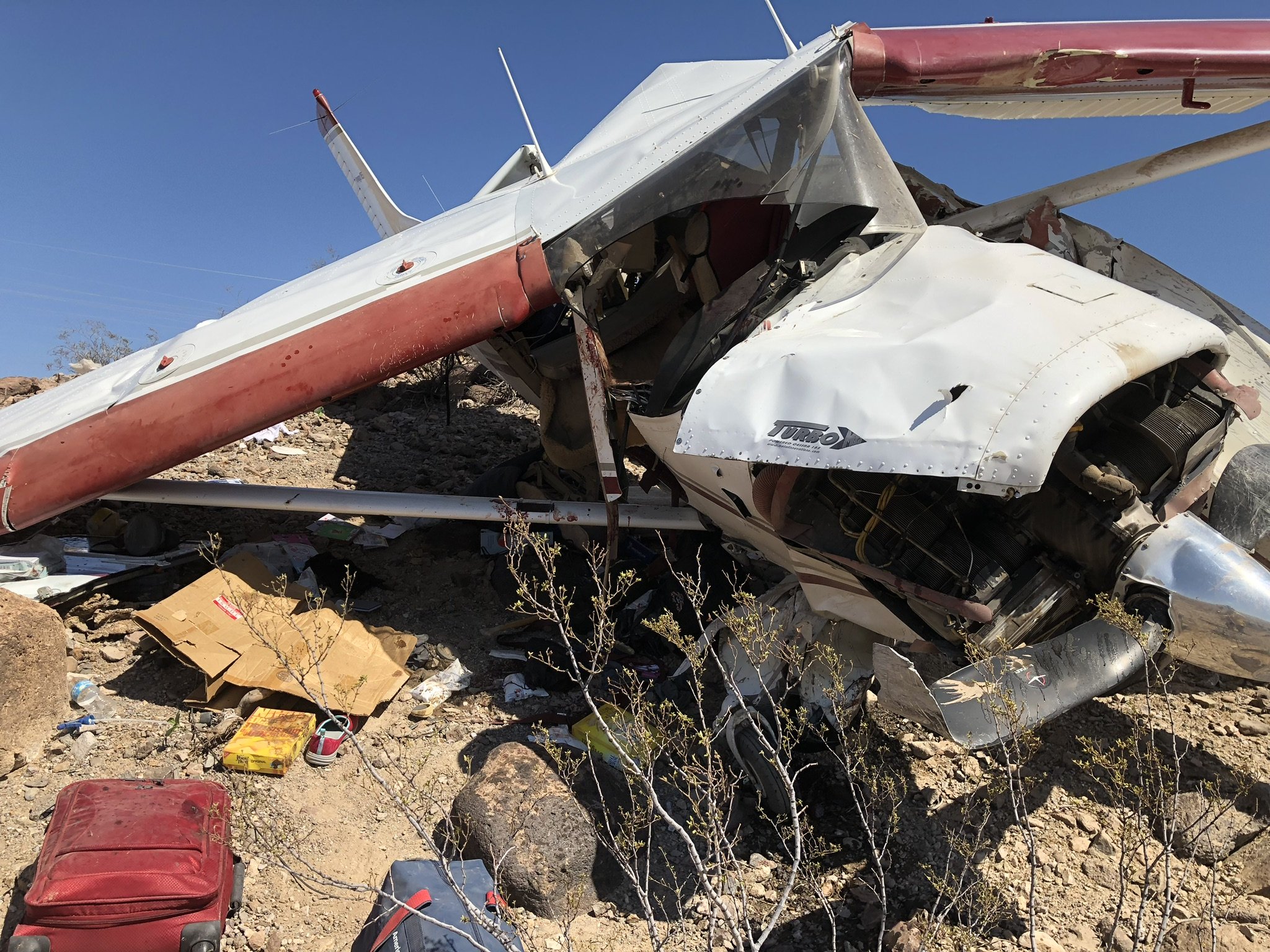 The occupants of the plane have been identified as William Zurcher, 78, and his wife, Vicki, 67, of Washington.

Vicki Zurcher had been airlifted from the plane crash scene to Sunrise Hospital after being extricated by fire personnel following the crash.

Both are listed in stable condition.

The Zurcher’s plane crashed about 1.5 miles southeast of the Laughlin/Bullhead International Airport shortly after take off. They were reportedly en route to Phoenix, said Fromelt.

The cause of the crash will be investigated by the National Transportation Safety Board. 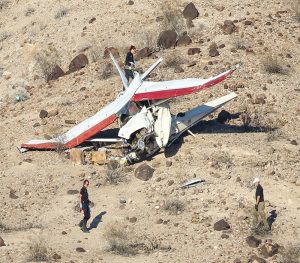