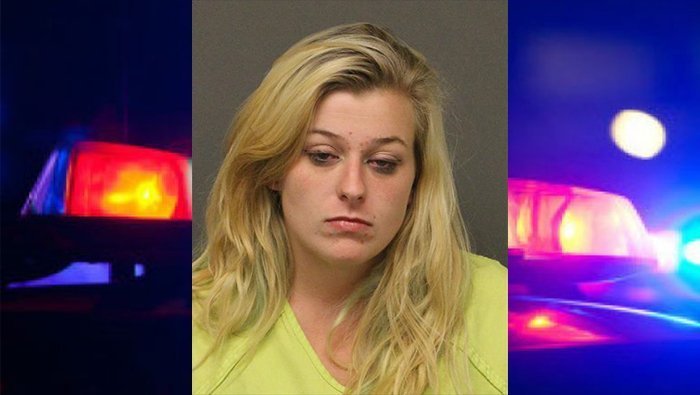 FORT MOHAVE–A Washington woman was arrested Friday after reportedly trying to pay for her food at a local restaurant using a fake $100 bill.

Samantha Sue Aguero, 24, is facing charges of forgery/possession of a forged instrument, a felony in Arizona.

Mohave County Sheriff’s Office spokeswoman Anita Mortensen said deputies responded to a business in the 4700 block of Highway 95 around 3 p.m. Friday in reference to a fraud report. The manager of the restaurant told deputies that a male and female subject had just purchased food from the restaurant and reportedly paid with a counterfeit $100 bill and left.

As deputies were on their way to the business, the manager advised MCSO that an employee had found the subjects and had them return to the business. Once on scene, deputies made contact with the female subject, later identified as Aguero, who reportedly made the transaction.

Mortensen said the employee did not realize the money was fake and gave Aguero about $88 back in change.

Aguero reportedly had additional fake bills on her possession. During the investigation, the deputies compared the fake bill from the restaurant with the bills Aguero allegedly had on her. All four bills reportedly had the same serial number and Chinese writing on them in pink near the left side.

Mortensen said the bill Aguero allegedly passed to pay for the food appeared to have the writing removed. When asked about the counterfeit bills, Aguero claimed to have received them from a friend and did not know they were fake.

The male subject was released from the scene after a records check. Aguero was placed under arrest and taken to the Mohave County jail in Kingman.