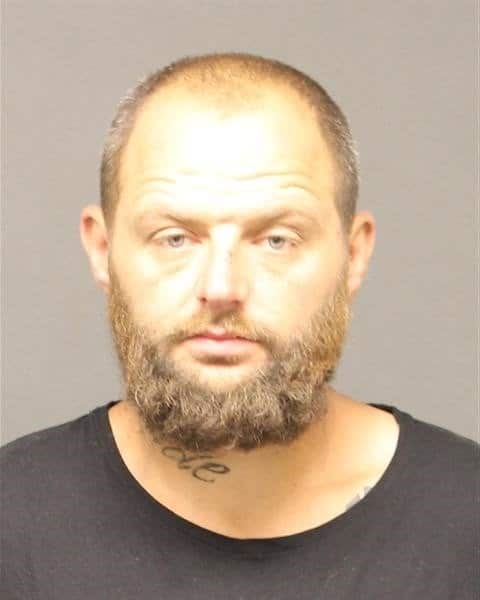 Mohave County Sheriff’s Office Deputies arrested Jared Thomas Engel, 34 of Yucca, for Possession of a Weapon by a Prohibited Person, Possession of a Weapon in a DrugWEAPON AND DRUG POSSESSION- LAKE HAVASU CITY, Dangerous Drug Possession, and Drug Paraphernalia Possession, all felonies. On Thursday (5/5) at 3:30 PM, deputies were on patrol in the area of London Bridge Rd. and Tourmaline St. when they observed a truck obstructing the roadway. Deputies contacted the driver and sole occupant of the vehicle, identified as Engel. When asked for identification, Engel provided deputies with a “released prison inmate identification card”. Deputies observed ammunition and drug paraphernalia in plain view in the vehicle and Engel was removed from the vehicle. As Engel exited, deputies observed a large knife tucked in the seat. A pat search of Engel revealed six grams of methamphetamine and a glass pipe in his pocket. A search of the vehicle revealed a glass pipe, a large knife, .22 ammunition, and an AR-22 rifle. A records check revealed Engel to be a prohibited weapons possessor due to prior felony convictions. Jared Thomas Engel was transported to the Mohave County Adult Detention Facility in Kingman without incident. 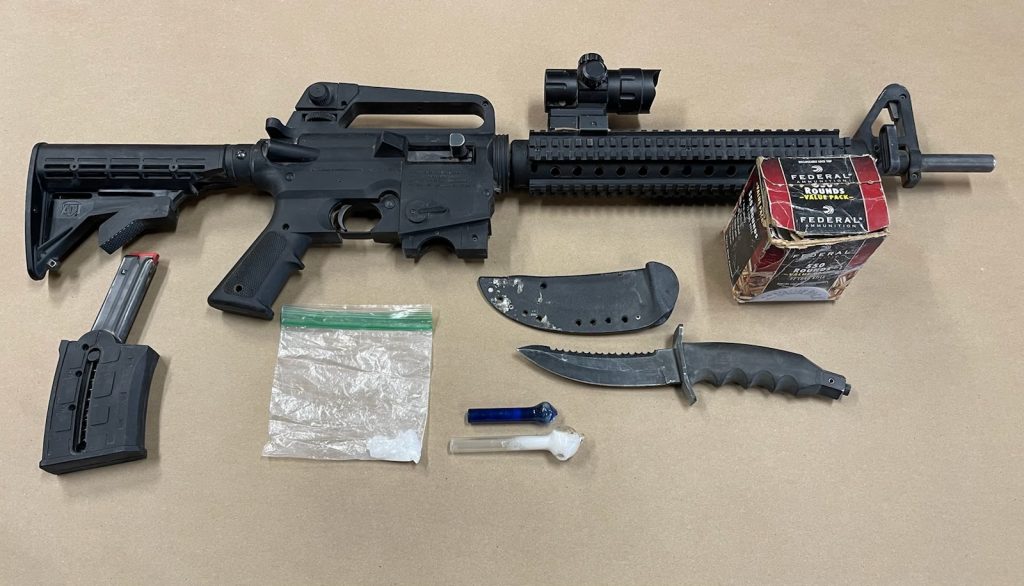