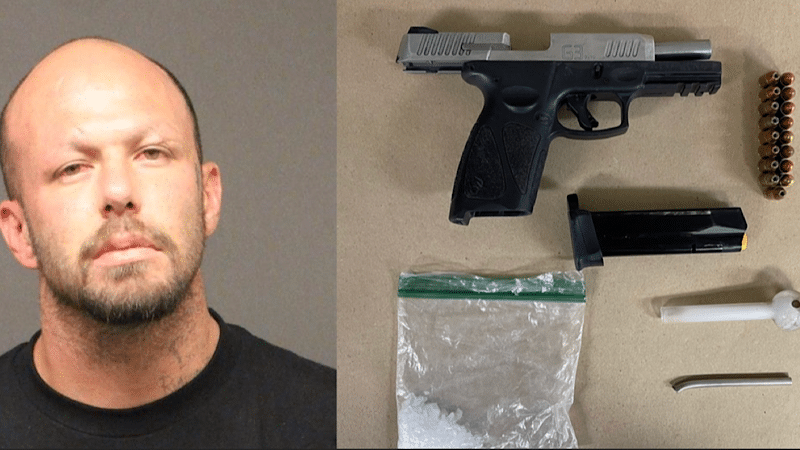 On Tuesday (6/22) at 11:06 PM, deputies conducted a traffic stop on a vehicle in the 5400 block of Highway 95 in Mohave Valley. Deputies made contact with the driver and Dimmick, the passenger. A pat search of Dimmick revealed a glass pipe and a clear plastic baggie containing 11 grams of methamphetamine and he was detained. A search of Dimmick’s backpack revealed a loaded handgun.

A records check revealed Dimmick is a prohibited possessor and is currently on felony bail for an unrelated offense. The driver of the vehicle was released from the scene. Matthew Neil Dimmick was arrested and transported to the Mohave County Adult Detention Facility without incident.