Western Arizona Council of EMS Paramedic of the Year 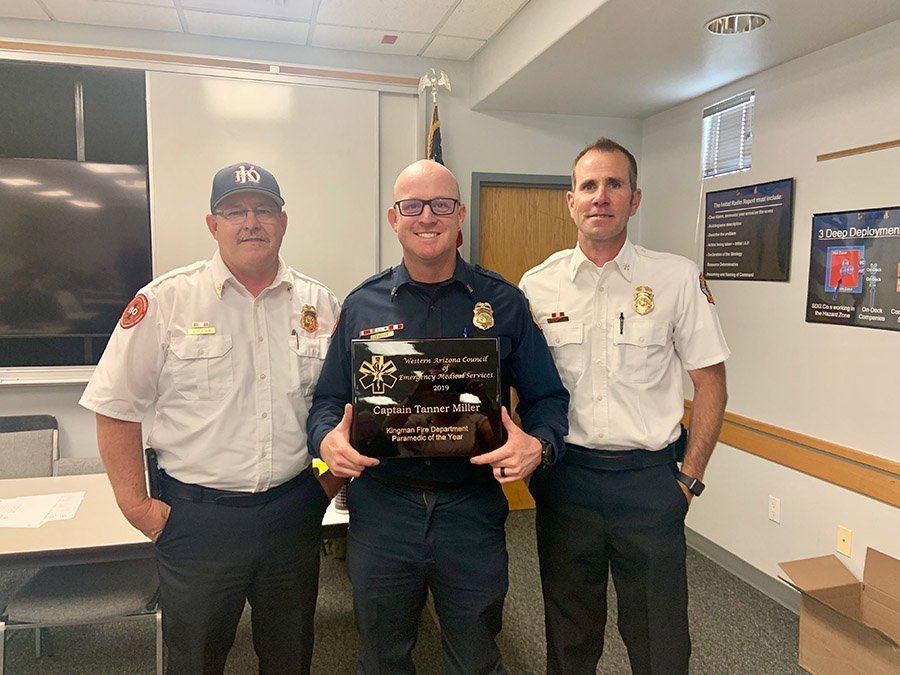 On May 9, 2019 The Western Arizona Council of EMS “WACEMS” awarded city of Kingman Fire Captain Tanner Miller the prestigious award of Paramedic of the Year.

Captain Miller was nominated by Kingman Fire Battalion Chief of EMS Rink Gordon. BC Gordon stated that “Captain Miller has always showed care and compassion to his colleagues and patients he has encountered”.  Captain Miller has taken upon himself to make sure his peers within the Kingman Fire Department are up to date with all of their professional standards certifications. BC Gordon stated that “Tanner has taken on his own task to instruct all CE EMS classes. His intention was to instruct the required classes to his colleagues and reduce the stress of finding recertification classes”.

The biggest reason that Captain Miller was nominated was for creating an education class after dealing with an unfortunate event that occurred early on in his career. The program is called “Clear your Car” after an infant was left in a vehicle for over 12 hours on a summer day. Captain Miller took it upon himself to create this program and to teach it at the high school’s in the greater Kingman area.

Kingman Fire is fortunate to have individuals like Captain Miller that represent the organization on and off duty.