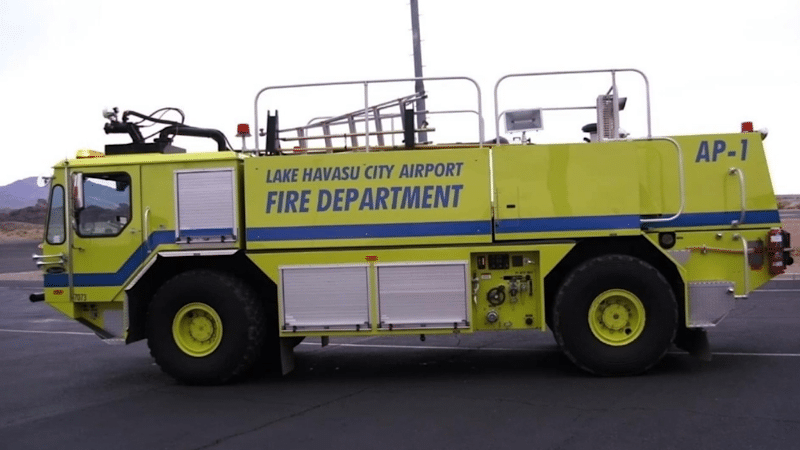 At approximately 12:30 p.m. on Wednesday, December 1, 2021, an aircraft inbound for landing at Lake Havasu Municipal Airport made a “wheels up” belly landing which punctured the right-side fuel tank and caught fire.  Lake Havasu City Fire Department, Fire Station 6 personnel, monitoring local air traffic, responded to the scene from fire station 6 prior to being dispatched by the 911 system.

Upon arrival at the scene AP1(ARFF) and Engine 6 found the aircraft’s right-side wing engulfed in flames with the single occupant (pilot) exiting the aircraft.  The fire was quickly extinguished, and the aircraft was secured. The pilot was treated by LHCFD and AMR personnel and released. Initially, one ARFF truck, two LHCFD Engine Companies, two DHFD Engine Companies, two ambulances and a Battalion Chief responded to the incident.  There were no reported injuries to the pilot or to firefighters.  The cause of the aircraft crash is under investigation.