Woman Injured In I40 Rollover 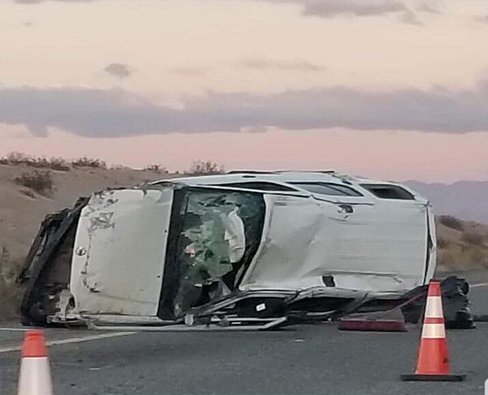 TOPOCK–A woman was ejected from her vehicle Sunday after the SUV she was driving rolled eastbound Interstate 40 near the Arizona/California border.

“The preliminary information we have is the vehicle was traveling eastbound on Interstate 40 around milepost four, when the female driver reportedly lost control of the vehicle,” said Arizona Department of Public Safety Quentin Mehr. “She was ejected from the vehicle and airlifted to Sunrise Medical Center in Las Vegas for further treatment.”

The identity nor the current condition of the victim was not released by law enforcement.

After a two-hour hard closure of the eastbound lanes, DPS opened one lane of traffic and reopened all lanes around 8 p.m.

The cause of the collision is under investigation.