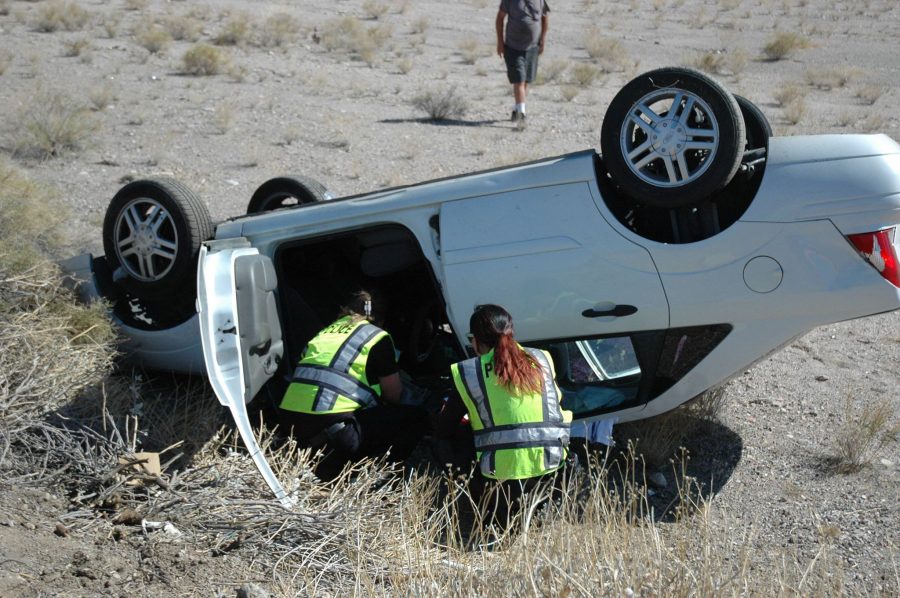 Bonnie Jean Wise, 78, sustained minor injuries in the accident and was taken by medical to Western Arizona Regional Medical Center for further treatment.

“I followed this lady on the Parkway and she was swerving all over the road,” said Jamie Tesar. “I called 911 and followed her to a stop after seeing her almost hit a guard rail several times and other cars.”

When Wise stopped, police were able to make contact with her near Locust Boulevard.

Fromelt confirmed an officer attempted to stop Wise’s vehicle, but she reportedly kept her vehicle moving.

A few minutes later, Wise’s passenger vehicle left the roadway and rolled down a small embankment near the entrance to the Laughlin/Bullhead International Airport.

Wise was extracted from the vehicle and taken to the local hospital to be treated for her injuries.

The accident is believed to have been caused by a medical episode, said Fromelt, adding no other injuries were reported and no citations were issued. 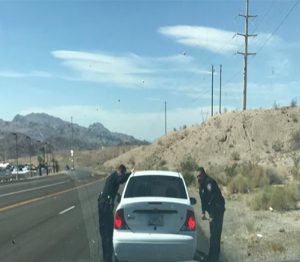