Woman Wanted In Killing Of Vegas Manicurist Captured By FBI 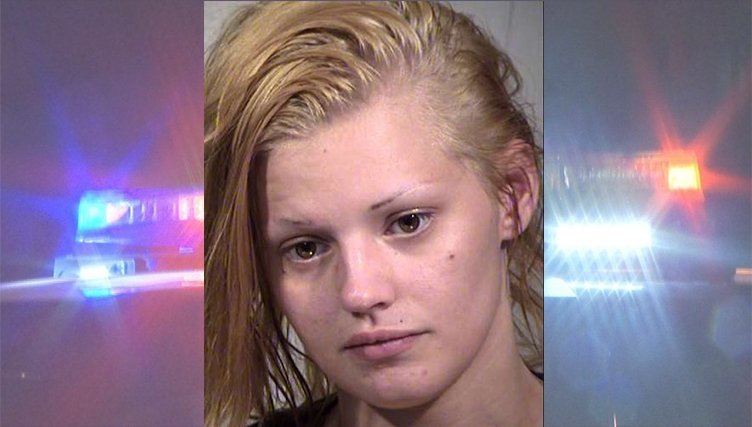 MARICOPA COUNTY–The manhunt for a woman accused of running down, and killing, a Las Vegas manicurist in December was captured by authorities Friday in Glendale, Arizona, according to officials with the Las Vegas Metropolitan Police Department.
Crystal Whipple, 21, was wanted after she fled the scene of a deadly hit-and-run on Dec. 27 outside a nail salon on Flamingo and Decatur. Whipple reportedly attempted to use a fraudulent credit card to pay for a $35 manicure.
Metro Police said Whipple told the victim she was going to her to car to retrieve some money to pay, however, she got into the car and began to leave the scene.
The victim, Annie Nguyen, raced after Whipple and tried to stop her by jumping in front of the vehicle. Whipple is alleged to have accelerated and hit Nguyen, who was dragged underneath the vehicle about 50 feet.
Nguyen later died at University Medical Center.
Whipple fled the scene, ditching the reported stolen vehicle in a neighborhood a few blocks away from the crime scene.
Metro Police said the Las Vegas Criminal Apprehension Team developed information on the whereabouts of Whipple and that information was passed to the FBI Phoenix Violent Crime Task Force, who located Whipple and took her into custody late Friday afternoon.
She will be extradited back to Las Vegas to face charges connected to the crime.
← Prev: Winter Wonderland Ball To Benefit Local Child Next: One Dead, One Injured In Kingman Plane Crash →