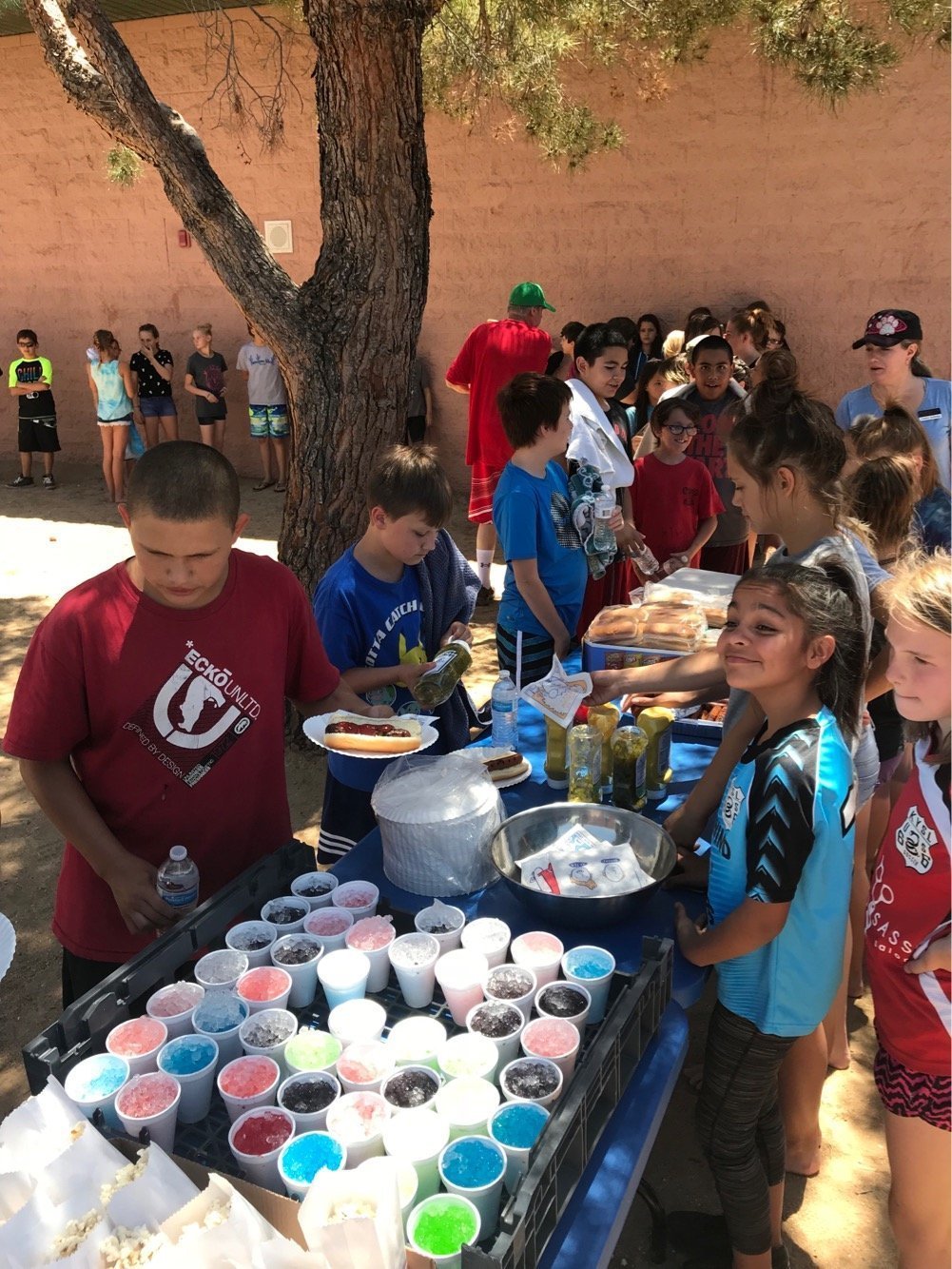 GOLDEN VALLEY – It’s a school that functions almost off the grid from its main brain – the Kingman Unified School District – but it can pull off an end of the year party like no one is watching.

Thanks to donations from parents and local businesses, roughly 600 elementary and middle school students and staff at Black Mountain School in Golden Valley celebrated their annual “Field Day”, a chance to call it a school year by chowing down on hot dogs, chips and snow cones all while channeling pent up energy into inflatable bounce houses, relay races, tug-of-war matches and an undoubtedly relief–from–the–heat dunk tank.

‘Little’ isn’t exactly the best way to describe the rural communities served by the school located on a weird-to-get-to stretch of State Highway 68. Black Mountain is tasked and capable of educating the K-8 kids spread between the desert townships of White Hills to Yucca. Those areas include Golden Valley, So-Hi, Dolan Springs, Chloride and whatever few pock-marked spots a bus is able to pick up a kid or two.

The Field Day activities have been a ritual since the school opened in 1991.

“The community comes together to make sure the students have a positive and fun activity at the end of they year,” said Vice Principal Starr Jensen.

The halls were mostly empty. The elementary students enjoyed their “Field Day” Wednesday while the middle-school kids celebrated on Thursday.

Sixth-grader Jordan Harbeson, whose dad donated the bounce houses for the party, was totally jacked to get outside.

“I really like the water slide,” he said, referring to the inflatable water slide that was still being filled as kids patiently waited to cool off.

This all comes together through the efforts of teachers, parent volunteers and businesses more than willing to lend a hand.

Craig and Terri Bouchard, owners of the Sundowner Saloon in Kingman, Cattle Crossing Saloon in Golden Valley and other watering holes throughout Mohave County, have been more than happy to pitch in since purchasing and renovating the bars in 2015. They noticed that despite its sprawled and scattered geographic and socio-economic populace, Golden Valley was a tight-knit community.

“We made the determination to be part of the community,” Craig said. “We also made a proclamation that the Golden Valley school would be our beneficiary.”

The Bouchards donated $600 worth of hot dogs, buns, chips, bottled water and plates for this year’s Field Day. They’ve also donated toward the school’s outdoor garden built last year. They’ll pitch in as long as the school needs help.

“People ask around and word gets back to me,” Bouchard said. “We like to help out where we can in communities where we do business.”

Their help definitely made a difference Thursday.

“We have enough hot dogs for at least two to three per person,” Oestmann said, as she watched the kids run around the playground while waiting for lunch to be served.

Black Mountain isn’t in the spotlight as much as the more centrally located KUSD schools. It’s necessary for parents and staff to work together. The nearest place to buy supplies is a dollar store on Highway 68. A drive into Kingman is 30 minutes or more depending on traffic going over Coyote Pass. Cell phone service can be spotty and heavy rains trash the rural dirt roads, leaving students stranded at school.

“We’re super-thankful for the support of the community and parents,” Jensen said. 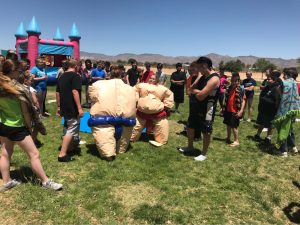 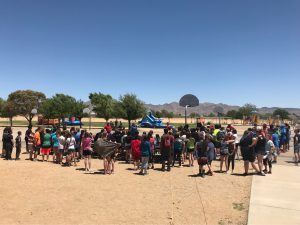