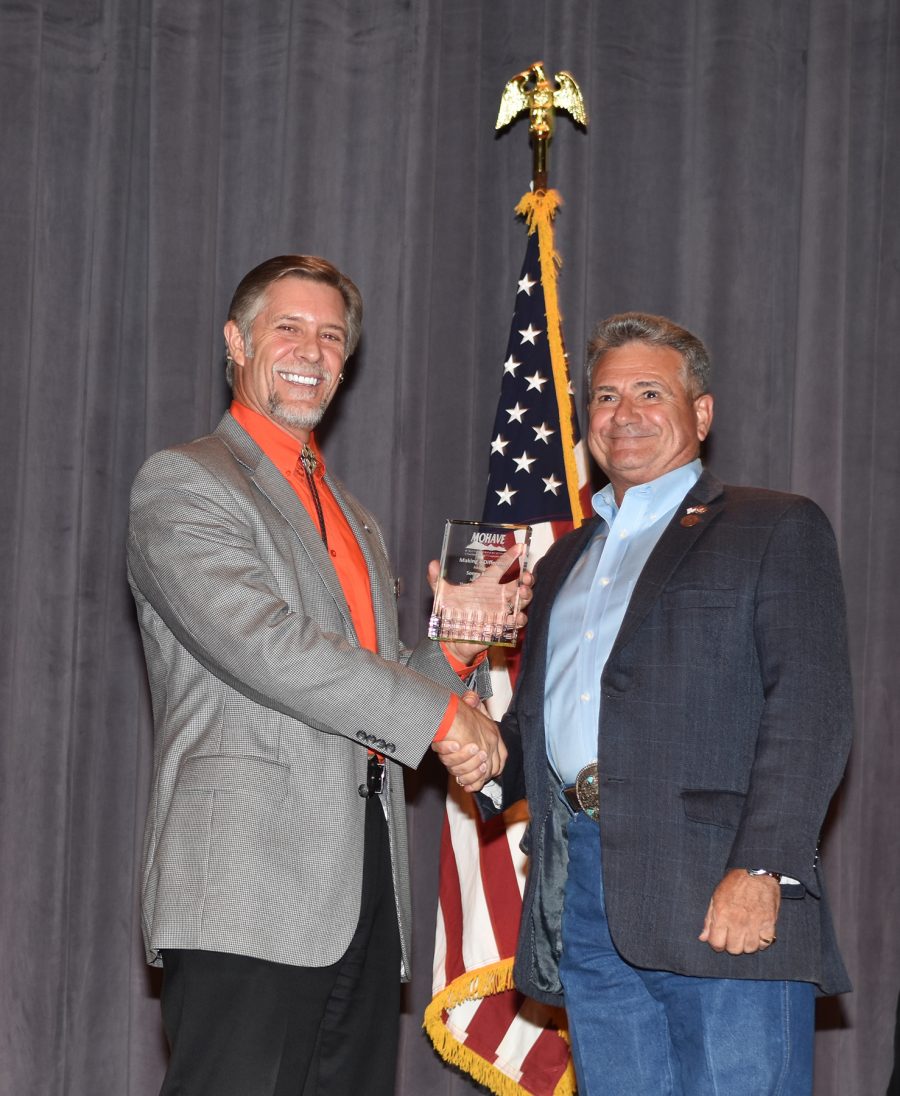 The meeting was held inside the auditorium at River Valley High School in Mohave Valley.

MEC Chief Executive Officer Tyler Carlson praised all cooperative members for submitting over 6,600 letters in support of SB 1412, which keeps assigned capital credits local. The bill was unopposed in both the House and Senate and was signed by Gov. Doug Ducey on March 23.

Carlson then awarded plaques to Sen. Sonny Borrelli and Rep. Regina Cobb for their work and support.

“I was thrilled they were able to attend the meeting in person so Mohave Electric and its members could show their appreciation,” Carlson said. “Sonny and Regina were our champions in Phoenix.”

The nearly 200 members in attendance unanimously accepted a change in language to the cooperative’s bylaws to conform to the new law.

Members were also treated to a video tribute to Lyn R. Opalka, who resigned from the board in December after serving 35 years as a board director, 27 of those as president.

In addition, Carlson gave a presentation and members were treated to a meal, gift bag, and entered into a drawing for donated prizes.

MEC also hosted three district meetings throughout the week. Recommended incumbents Richard Tempelman, District 1, Deborah Johnson, District 2, and Toni Barbaro, District 3 can be seated at the August organizational meeting of the board of directors.