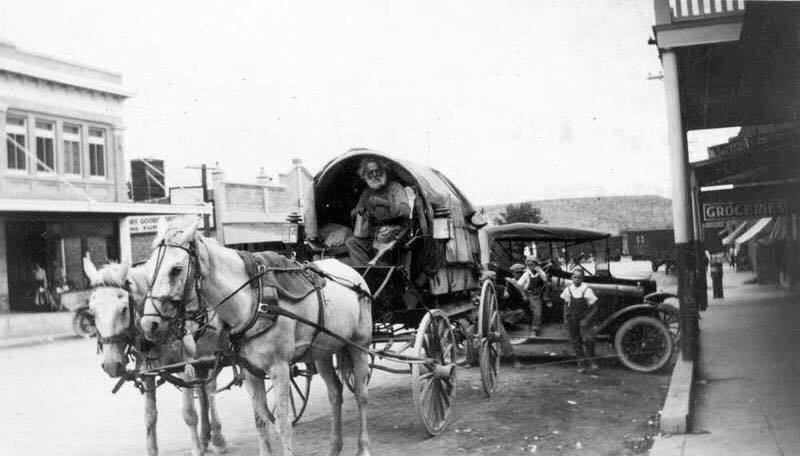 With the passing of time legend and fact, history and myth become so entwined it can become difficult to separate fact from fiction. The story of Kingman has become tangled a web of history and myth, and the latter has often been repeated enough to be taken as fact. Deciphering the city’s true story, a fun filled endeavor, begins with a visit to the Mohave Museum of History & Arts at 400 W. Beale Street, the west end of Locomotive Park. At the museum ask for a pass and then visit the site of Fort Beale, an ideal spot to begin your hands on explorations of a community that is truly at the crossroads of the past and future. A short distance from Beale Springs is a trailhead, gateway to miles of hiking and mountain bike trails that twist through the stunning landscapes of the Cerbat foothills. For these trails a permit is not required. 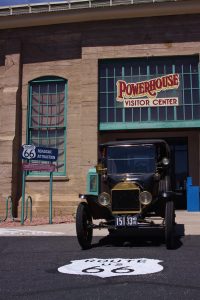 In addition to a detailed series of dioramas that chronicle the history of the area from the prehistoric era to the late 20th century, there is a special permanent exhibit at the museum that documents the times and career of the towns favorite son, Andy Devine. The museum also houses an expansive research library, and an eclectic exhibition of outdoor exhibits that range from a caboose to mining equipment.

To access the site of Beale’s Springs and Fort Beale, drive northwest on Beale Street from the museum. This is also U.S. 93 and business loop I-40. Continue under the I-40 interchange to Fort Beale Road, a paved road, (right side of Beale Street). If you miss this turn continue to Betty Lane, which is literally the last street as your leaving Kingman, and turn right.  The gravel parking lot at the gate for Fort Beale will be on your left. To access the extensive trail network, including the ones through Monolith Gardens continue on Fort Beale Road for about a half mile and look for the first paved road on your left. This will be a narrow strip of black top that ascends a steep hill. The parking lot is located just over the crest. The trail network can also be accessed from Metwell Drive. This street is on the left side of Beale Street, just before Betty Lane.

For a scenic loop drive continue on Fort Beale Road to the first “T” intersection and turn right. This will take you back to the museum via a left turn on Lead Street, a few blocks after passing under I-40, and then a right turn on Grandview Avenue on the opposite side of the hill. The Mohave Museum of History & Arts serves as the western border for a complex of parks and museums that are at the core of a Kingman experience. The Powerhouse Visitor Center, the oldest reinforced concrete structure in Arizona that dates to 1907, once housed the equipment needed to supply Kingman as well as surrounding communities and mines with electricity, is now home to the Kingman Area Tourism Visitor Center, and the gift shop for the Arizona Route 66 Association. 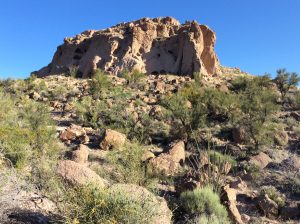 Initial costs for the construction for what was then a state of the art facility was a astounding $290,000. Expansion and upgrades were made in 1917, and it remained in operation until shortly after completion of Hoover Dam when that facility began supplying electrical power to the area.

It also houses two delightful museums as well as a multimedia exhibit created and donated by Bob Boze Bell, a native son and the owner of True West magazine. On the upper level is the award winning Route 66 museum that chronicles the history of that highway from the era of the National Old Trails Highway, predecessor to Route 66, through its renaissance. Downstairs is the world’s first museum dedicated to the evolution of the electric automobile. Opened during the 2014 Route 66 International Festival, the museum, a joint endeavor between the City of Kingman and the National Historic Electric Vehicle Foundation continues to evolve with the acquisition of vehicles.

Directly across the street is a series of parks dominated by a massive 1928 Baldwin mountain type locomotive specifically built for use in the western states with their dramatic changes in elevation, and a caboose. This locomotive and one operational model in California are the last of their kind. This is a rather fitting landmark as the City of Kingman began as a railroad construction camp in 1882. Locomotive #3759 operated on the Santa Fe Railroad main line between Los Angeles and Kansas City for more than twenty years. During that time it logged more than 2.5 million miles. Establishment of the park followed the donation of the locomotive to city in 1957. Early in the cities history this site served as a rodeo grounds and ball field. It was here that in 1924 the Chicago Cubs and Pittsburg Pirates played in an unscheduled game that garnered national headlines.

← Prev: Arrests made in Kingman Next: KINDERGARTEN ROUND-UP FOR BULLHEAD SCHOOLS →