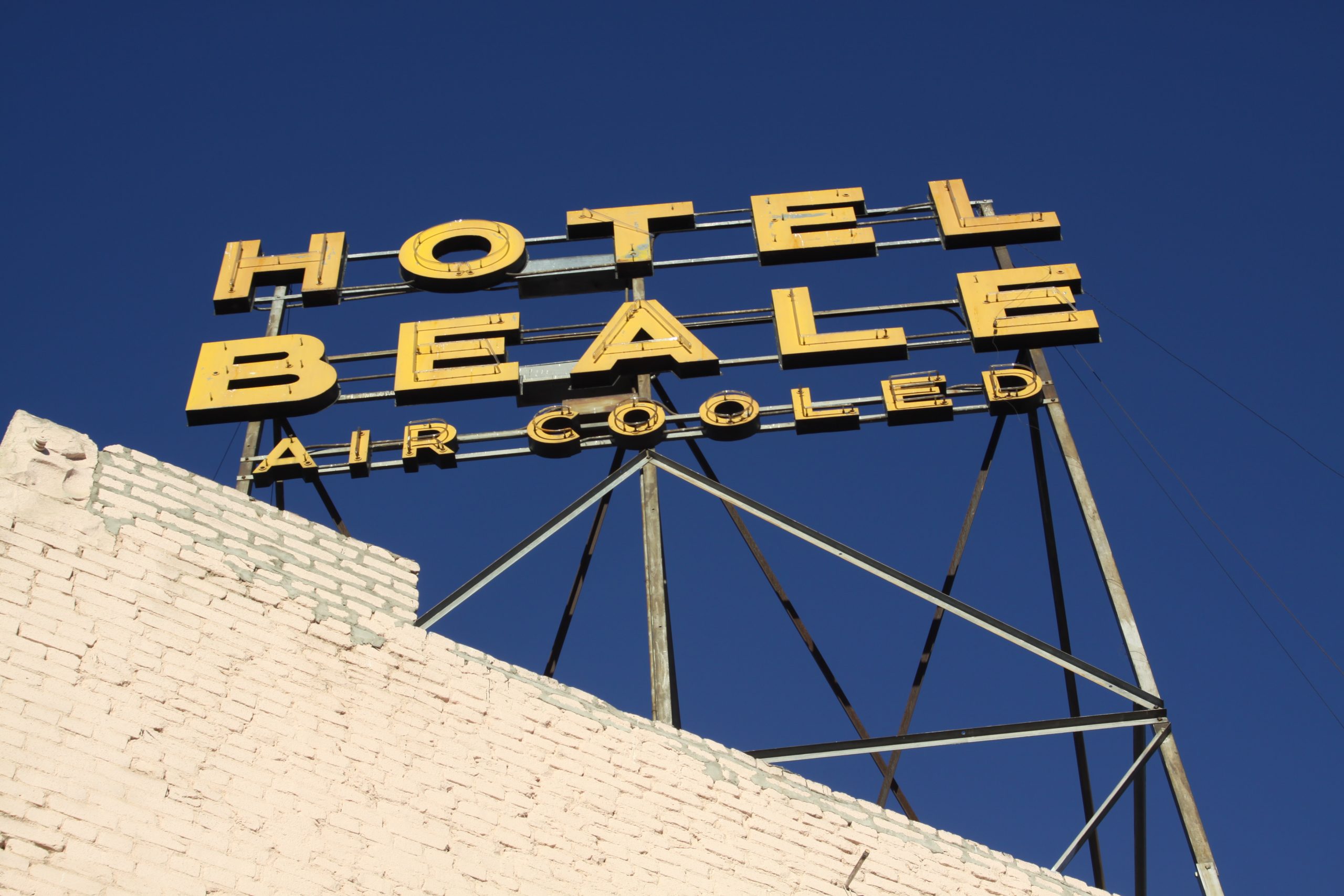 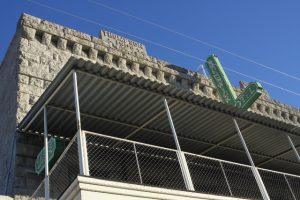 The hulking Tufa stone walls of the Brunswick Hotel, currently for sale, casts long shadows on Route 66 in the late afternoon. Perhaps the most notable event associated with the hotel was an impromptu reception held for Clark Gable and Carol Lombard after they married at the Episcopal Methodist Church on Spring Street, March 29, 1939. The hotel is linked to another celebrity visit to Kingman. On July 16, 1916, then 21-year old Edsel Ford, son of Henry Ford, was a guest at the hotel. He was traveling to California along the National Old Trails Road with buddies from college. 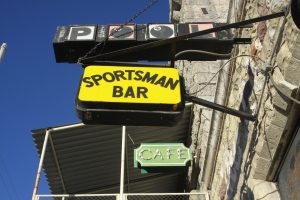 The Sportsman Bar next door is a weathered relic that dates to the territorial era but it is well worth a visit and savoring a cold beer to soak in the history. Dark, tobacco stained walls can’t obscure the fact that this old saloon is an almost perfect time capsule. The Hotel Beale with its towering sign advertising the fact that the hotel is “air cooled” is a forlorn sight. The historic old building that dates to 1900 faces a very uncertain future but the old adage that if walls could talk is more than fitting for this tarnished old relic. Tom Devine, father of character actor Andy Devine, took on the role of proprietor in 1906. Legendary pioneering rancher Tap Duncan was a regular guest. Duncan was linked to an altercation with members of the gang led by Butch Cassidy and the Sundance Kid. He was also linked to outlaw Kid Curry who died using the alias Tap Duncan after a botched robbery attempt in Parachute, Colorado. In 1925, Buster Keaton took up residence at the hotel. He was filming Go West at tap Duncan’s Diamond Bar Ranch about sixty miles north of Kingman. Louis L’Amour was a regular at the Nighthawk Saloon at the hotel during this period. He worked at the Katherine Mines above the Colorado River and would occasionally engage in amateur boxing matches in Kingman. Charles Lindbergh often stayed at the hotel during construction of the cities first commercial airport, a link in his pioneering TAT airlines. Amelia Earhart was also a guest during the opening ceremonies for that airfield.

East of the hotel, a vacant lot and an oversize rabbit made of discarded auto parts dominates the corner of Fourth Street and Andy Devine Avenue. This, however, is Kingman and empty places have tales to tell. On October 29, 1926, the American Kitchen Restaurant occupied a portion of this property. On that date five hired guns from the Bing Kong Tong in Los Angeles entered the rear door of the restaurant and gunned down Tom King, a member of the rival Hop Sing tong and pit boss at a local gambling parlor. The gunman’s capture near Topock after a running gun battle along the National Old Trails Highway, and the subsequent trial became an international media sensation. After a lengthy eighteen month trial that set unprecedented records for legal fees, the five assassins were found guilty and sentenced to hang at the state prison in Florence. As one of the gunman was only sixteen years of age at the time of the murder his sentence was appealed all the way to the state supreme court before it was commuted. For the remaining murderers the sentence was carried out at dawn on June 22, 1928.