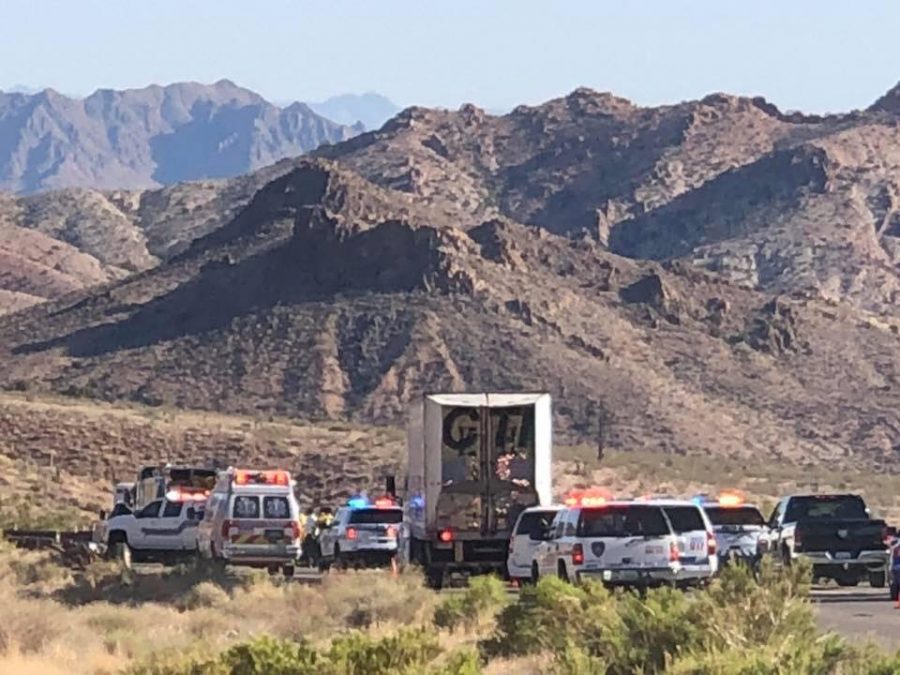 Cash Petty, 19, died at the scene after the vehicle he was a passenger in collided with a guardrail and rolled on Highway 68.

“A 16-year-old male, driving a silver 2005 Jeep SUV lost control of the vehicle for an unknown reason, ran off the road and struck a guardrail end causing the Jeep to roll,” said Lee. “The Jeep then landed on the guardrail on its right side.”

Two other occupants were air lifted to Las Vegas and admitted to the hospital for non-life-threatening injuries, said Lee.

The driver and three additional occupants were transported to a local hospital and later released with minor injuries.

Lee said the driver and the passenger were not wearing their seatbelts at the time of the collision.

“It is unknown right now whether or not the additional passengers were wearing their seatbelts,” he said. “Investigating troopers believe the lack of seatbelt usage is a factor in this being a fatality collision.”

The crash remains under investigation with investigators.

For all your breaking news and updates, visit www.thebee.news.