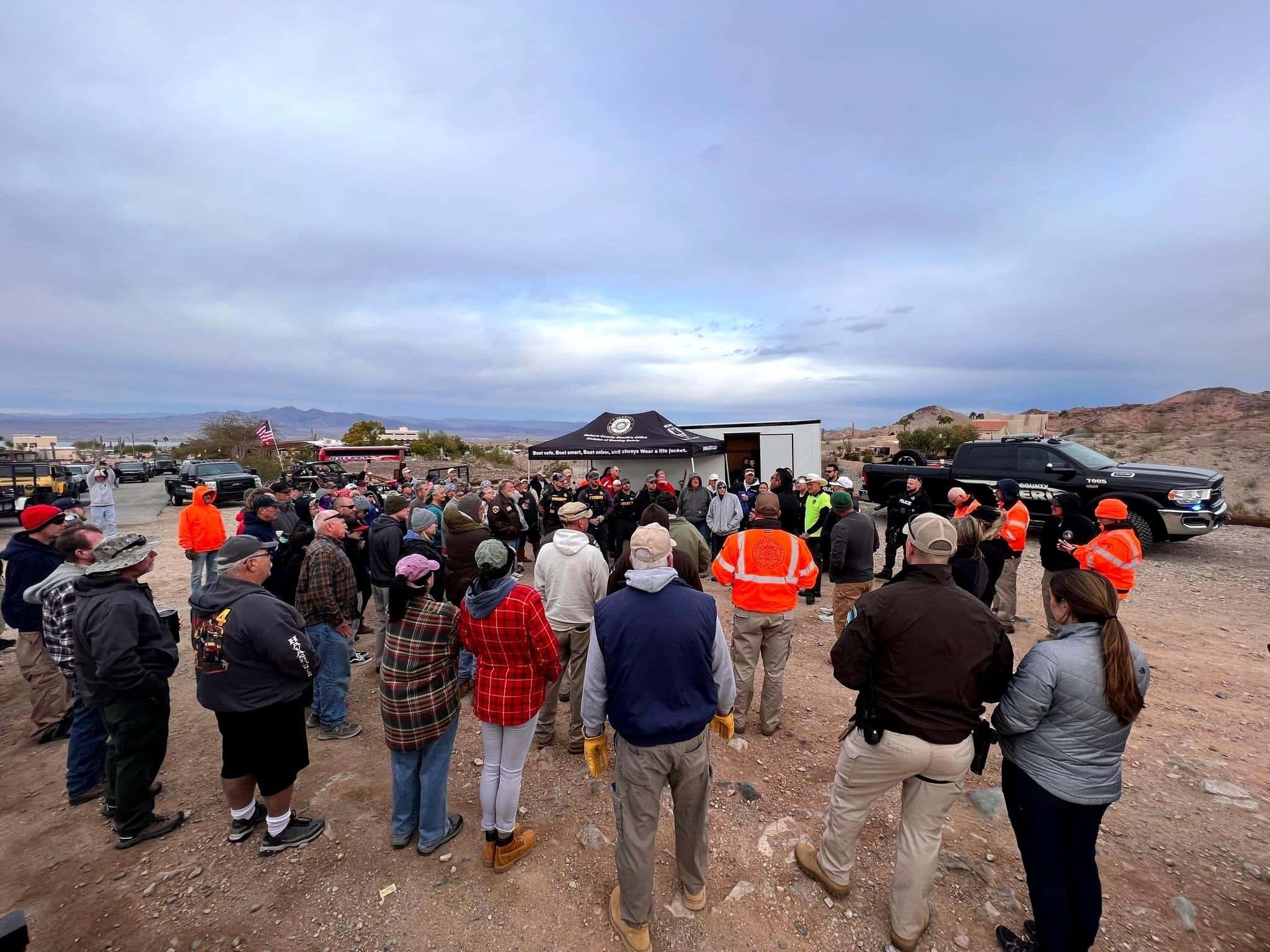 The Mohave County Sheriff’s Office conducted a Desert Cleanup event on January 14, 2023, outside of Lake Havasu City. Sheriff Schuster opened the event Saturday morning with a safety briefing and thanked the volunteers for their dedication and efforts to help remove unwanted trash from our deserts. Approximately 200 volunteers assisted in the removal of one burned vehicle, one 28-foot boat, two personal watercrafts, a truck tail gate, several televisions, several vehicle bumpers, a couch, a water softener unit, and mounds of other trash. An excess of 20,000 pounds of trash was properly disposed of into roll off dumpsters and trailers. Follow up is being conducted on several potential suspects that were identified during the cleanup, one of which is felony status.

Our first desert cleanup was a huge success, and we plan to continue hosting these events in other areas of Mohave County in an effort to keep our community trash-free. We will continue to hold those responsible for illegal dumping accountable and ensure that they are prosecuted accordingly.