What really happened during the pandemic of 1918? Part 1 of 2

Even though the origins of the pandemic that swept the word at the end of WWI are unknown there is evidence that it began in Kansas. And yet it is still referenced as the Spanish flu. The misnomer is rooted in WWI censorship and governments that deliberately downplayed the threat, factors that also contributed to the stunning death toll. Spain, unlike the Allied and Central Powers, was a neutral country free of wartime censorship during WWI. In the United States, to avoid affecting morale or hindering the war effort, the administration of President Wilson had implemented unprecedented restrictions on the media which muffled news of the flu, the growing death toll, and its severity. Britain labored under similar constraints.

It was a report from Madrid, Spain in the closing weeks of May 1918, that noted a curious influenza outbreak that was resulting in a dramatic increase in pneumonia and even death. Even then the chances are that the dawning pandemic would have been squeezed from the front page by other news such as the ongoing war in Europe. The following week, under banner headlines, Spanish newspapers noted that King Alfonso XIII was afflicted with the curious new influenza. As news of this illness was first noted in detail in Spanish newspapers, it was dubbed Spanish flu.

Historic records indicate that some of the first cases of this flu were recorded at a U.S. Army camp in Kansas in March 1918. Initially doctors found little to differentiate the new flu from the seasonal flu, but then it began to show signs of being highly infectious and deaths began to climb. One of the first registered cases was Albert Gitchell, a U.S. Army cook at Camp Funston in Kansas, who was hospitalized with a 104-degree fever. By the end of the month 1,000 men were hospitalized in the camp that was home to 54,000 troops. A resultant pneumonia claimed the lives of 38 soldiers.

Still, resultant of restrictions on the dissemination of information, U.S. troops deployed for the war effort and carried the “Spanish flu” with them to Europe. Allies were unaware of the threat as were troop commands from other United States military installations. Throughout April and May of 1918, the virus spread through England, France, Germany, Spain and Italy. In the last weeks of spring an estimated three-quarters of the French military was infected in the spring of 1918 and as many as half of British troops. 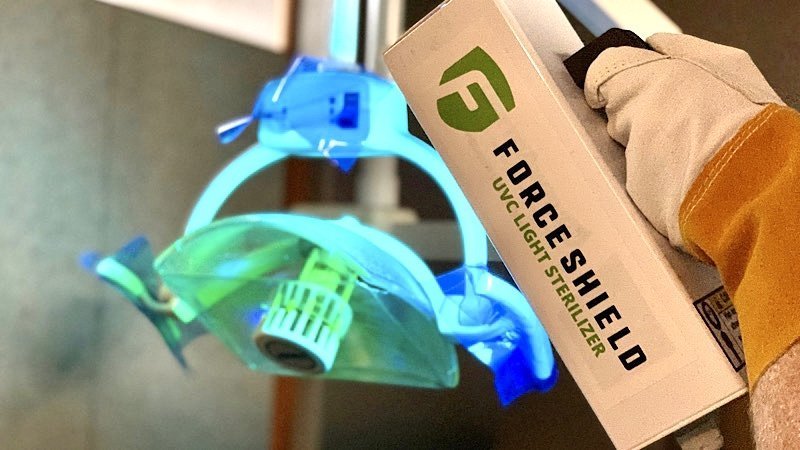 Even though those infected displayed symptoms more severe than the seasonal flu, the death rate was only marginally higher than normal. But it was the second wave in the late summer and early fall that created a tsunami of death and suffering. By the end of 1919 it is estimated that one third of the world had been infected. But most chilling is that the death toll was in the range of 50 million people, more than all casualties in WWI.

Looking for a modern solution to an old crisis? ForceShield.