BHC Man Arrested For The Second Time In Two Weeks 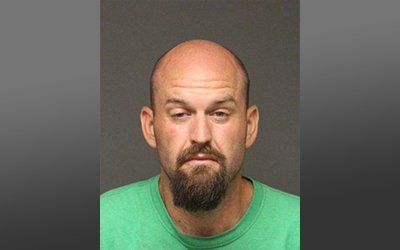 BULLHEAD CITY–A local man who had been arrested two weeks ago, is in jail again facing charges of attempted armed robbery, assault and possession of a narcotic drug.

Tyler Michael Ziilch, 37, was arrested on Wednesday by police after investigations began in a report of an attempted armed robbery earlier in the week at Circle K in the 700 block of Marina Boulevard.

Bullhead Police Department spokeswoman Emily Fromelt said on Sunday around 9 a.m. a male victim had reported to police that an unknown male–later identified as Ziilch–had allegedly began talking vulgarities about his “baby momma”, who was also reportedly at the business.

The victim stated the man had asked him for money and when the victim said he didn’t have any, Ziilch allegedly punched the victim in the face, said Fromelt.

Ziilch had fled the scene prior to the arrival of police.

However, on Wednesday around 7 p.m., police made contact with Ziilch at Circle K and took him into custody. A search on Ziilch reportedly uncovered prescription pills in his possession. Zillch was taken to the Mohave County jail in Kingman.

Court records show Ziilch was arrested on April 11 on two counts of criminal damage and disorderly conduct. He was released on bail.