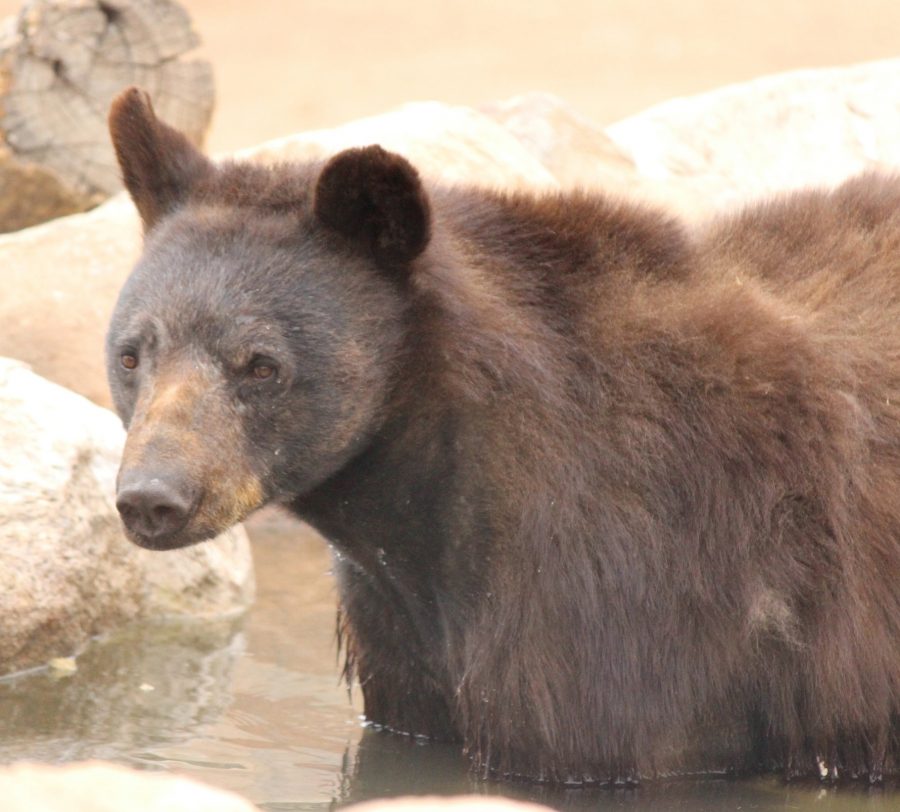 VALENTINE, Arizona–Five black bears are now enjoying their retirement from the entertainment industry at Keepers of the Wild.

Founder and Executive Director of Keepers of the Wild Jonathan Kraft said, “This has been a long time coming! We have been working for the past three months retrofitting a former tiger habitat to accommodate the five bears. There is a new swimming pool, shade platforms and hammocks for the bears. We appreciate everyone that has helped with the project: staff, volunteers and all of our fantastic supporters.”

The bears names are Andy (not pictured), Cindi, Brock, Bucky and Barney (above photo).

Kraft said the group had been used as part of a traveling “bear education” show across the nation.

“Their owner lived in Texas, but the bears could be seen at various fairs and events as far away as Oregon, Washington and east to New Jersey,” said Kraft.

Roaming animal exhibitors frequently face opposition from public members and organizations that do not believe that animals should be exploited for human entertainment. The owner has faced disapproval for many years and the combination of health related issues brought him to the decision to retire the bears after 41 years of business. He considered several options and decided to place them with Keepers of the Wild as their forever home.

“These bears have spent their lives performing and posing for photos- confined in chains and small spaces to provide “entertainment” for people. They are now enjoying their new life at Keepers of the Wild! Their habitat provides natural space to allow the bears a range of normal movement and behavior to promote psychological well-being,” Kraft said. “These five bears will eventually recover from their former pressures and live their lives in peace. We are doing everything possible to allow them to be happy and enjoy each and every single day, but it will take them time to heal psychologically.”

Captive bears that have been housed in areas that do not provide adequate space and environmental enrichment frequently develop stereotypic pacing patterns as a response to the stress of living in a sensory-deprived environment.

The Black Bear is considered the smallest of the bear species living in North America. Nationally the Black Bear population is estimated to be around 750,000, with about 3,000 of those living in Arizona. Mankind is the only real threat to bears, with hunting and vehicular accidents having an effect on bear survival rates. Both Cindi and Barney are former orphans that were originally taken in and raised by their former owner. Each of the five bears has been heavily imprinted by humans and would not survive in the wild.

Four years ago, Keepers of the Wild rescued a Grizzly Bear, named Bam Bam. Kraft said Bam Bam is now six years of age and has adapted very well to her new home.

In the past year, Keepers of the Wild Directors Kraft and Tina Matejek attended a Captive Bear Conference in Washington, DC. They were saddened to learn of the captive bear crisis that is occurring here in North America and made the decision to help by accepting these five Black Bears. For the past 25 years, Keepers of the Wild has traditionally provided a life-long home to lions, tigers and now, bears.

Keepers of the Wild is a  non-profit organization dedicated to the protection of abused, neglected, abandoned and retired captive wildlife. Through education and public awareness we seek to alleviate all animals suffering and help eliminate use of wild animals as pets and their exploitation in entertainment. Keepers of the Wild provides a permanent home and true sanctuary to all the animals it rescues.

For video, visit Keeper’s of the Wild YouTube channel at https://www.youtube.com/watch?v=01NKDa4kB5k 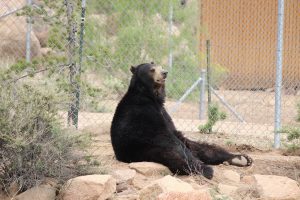 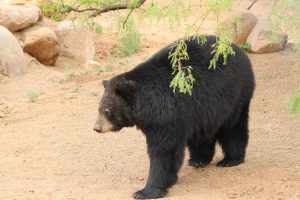 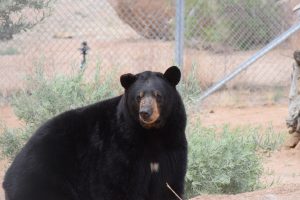