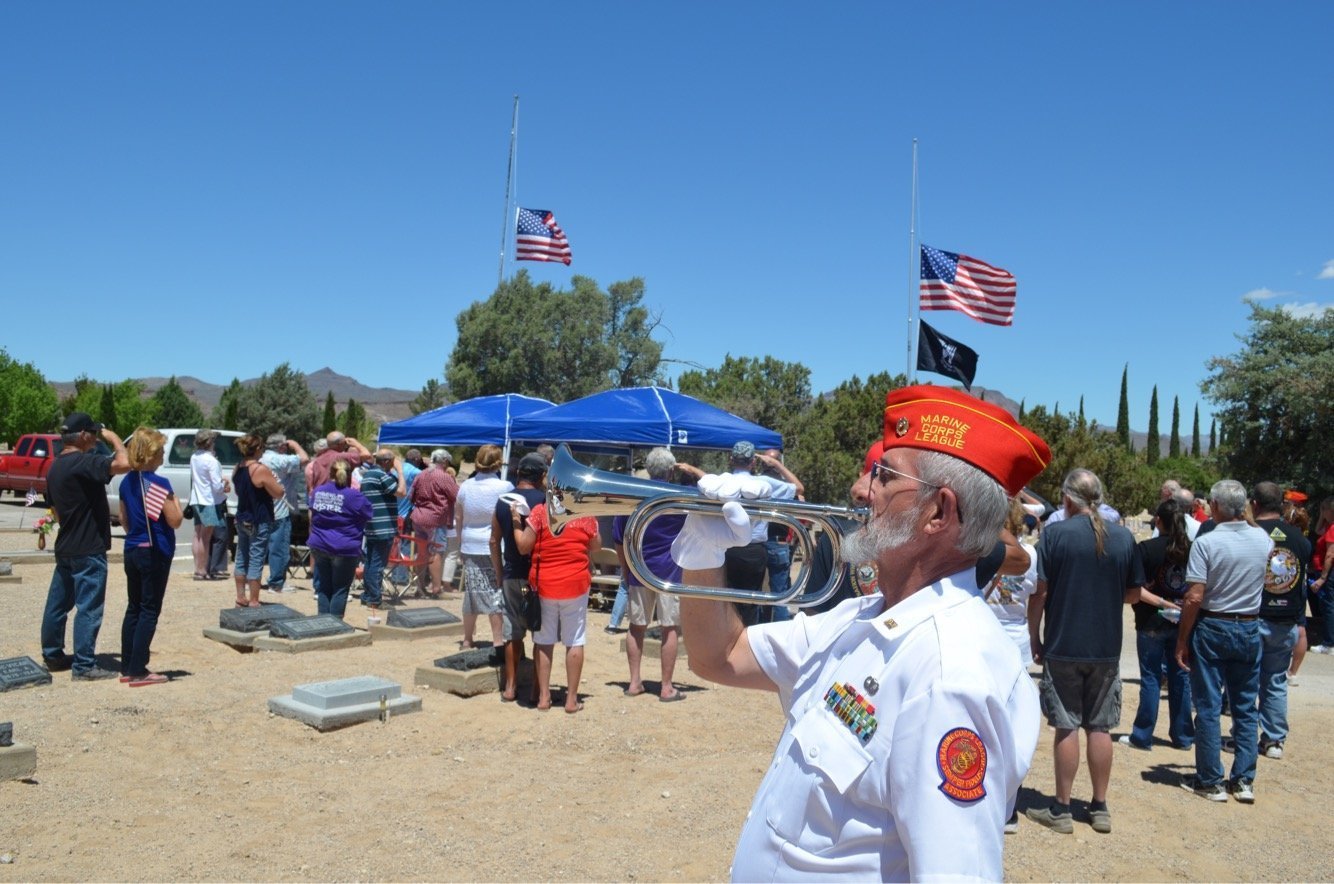 KINGMAN – While thousands of people around the county ring in the summer with barbeques and trips to the river, a small sliver of the population took time out Monday to pay tribute to those who gave their lives in service to their country.

Two Memorial Day observances in Kingman were held to honor those who gave the ultimate sacrifice. The first was at 9 a.m. at Veteran’s Memorial Park on the corner of Beale Street and Route 66.

Guests and VIP’s from the Vietnam Veterans of America, Jerry Ambrose Veterans Council, the Kingman Marine Corps League and Kingman Young Marines made appearances and speeches.

Mohave County Supervisor Jean Bishop and Kingman Vice Mayor Jan Miles also spoke of their ties to the military and gave thanks to the sacrifices of veterans past and present.

The Northern Arizona Patriot Guard Riders and their colorful display of American flags made sure the event caught the attention of travelers packing the numerous tour buses that passed by the park on Route 66.

Shortly after that ceremony, more veterans, their families and supporters paid a visit to Mountain View Cemetery where American Legion Post 14 held another Memorial Day observance. The ceremony was attended by members of the American Legion, Elks Lodge 468, Kingman Fraternal or of Eagles, Kingman Young Marines and the Kingman Marine Corps League. Many of the gravesites were already adorned with American flags thanks to local Cub Scouts and Boy Scouts.

Many Americans confuse Memorial Day (to honor fallen veterans) with Veterans Day (to honor all military veterans, living and dead). This can be annoying at the least and offensive at most to some veterans, pointed out one observer.

“This isn’t a ‘happy’ holiday,” said Vietnam-era U.S. Navy Jerry Ambrose Veterans Council President Pat Farrell. “If anyone can think of a better way to express their feelings, I’ll take their suggestions.”

Kingman was just one of several towns in Mohave County that held special services on Memorial Day.

Check back tomorrow for our coverage of the services held at Desert Lawn Memorial in Mohave Valley. 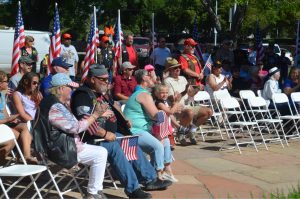 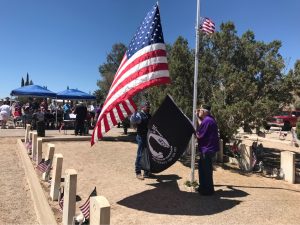 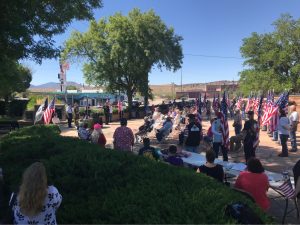 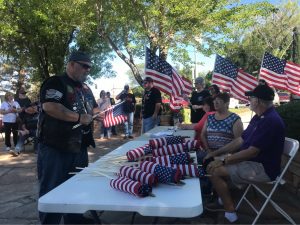 ← Prev: The Magic of Route 66 Next: Indiana Murder Suspect Nabbed In Laughlin →

Mohave Valley Fire Department is having their Halloween Carnival October 21, 2022. Come on out and bring the kids....